I have not been posting on the blog for several reasons, but really it comes down to not having the time honestly. I have been taking online college courses, watching my friend's kids during the week (which I love doing and Tyler has a blast with them), doing sports with the twins, cub scouts, and the list could go on and on. I am hoping to get back into blogging more often. We are about to start a new adventure in our house so I felt this was a good time to give an update and start blogging on a more regular basis. So here goes...

April: I have been struggling with 2 wisdom teeth coming in. I can't believe the amount of pain they are causing! Other than that I am just doing the same old with taking college classes and watching EJ & Mya. I have met a few new friends through cub scouts and will be taking on a bigger role this coming year. I am going to take over the popcorn fundraiser as well as being an assistant den leader. I have been pretty busy the last few weeks with something that I will discuss later because it involves our new adventure.

Ben: He has been very busy at work recently including some traveling. This year he took on a lot of responsibility in the Edgewood baseball program which has been time consuming, but he loves it and the kids really benefit from it. Through a connection at work he was able to get a very good estimate to have our backyard worked on. He pulled up the deck and today the concrete company came and filled in the potholes then put down a concrete slab patio.

Zak: He was recently diagnosed with ADHD by a psychiatrist. They sent us for blood work, EKG, and echo-cardiogram. Once they all showed everything was good the psychiatrist started him on a medication, Concerta. It seems like everyone in our house had a rough winter with illness, but Zak seems to have picked up everything and sometimes more than once. Now we are dealing with allergies. Zak is loving baseball this year as expected and also enjoys going to cub scout events. 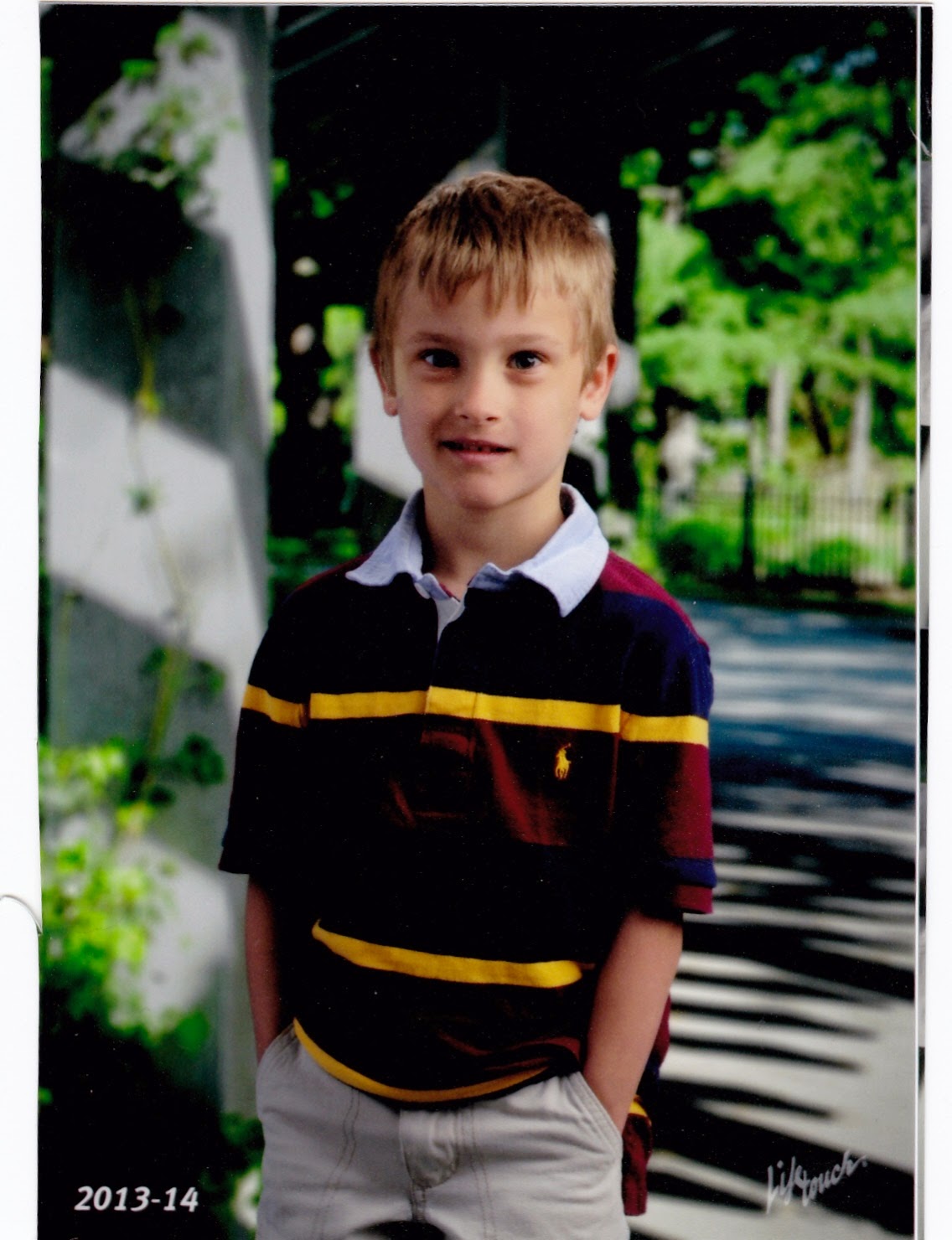 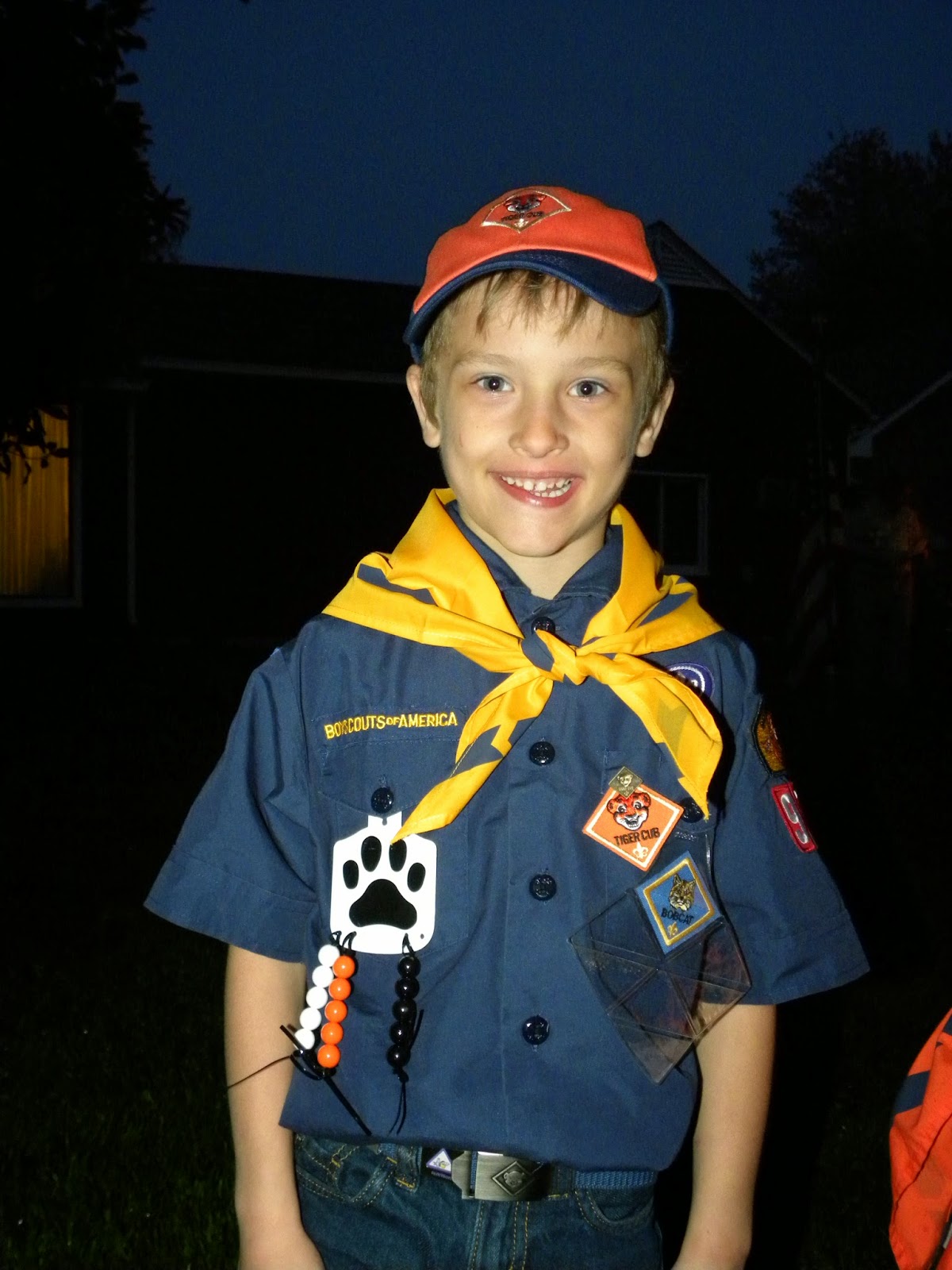 Ryder: He has been struggling in school which has led to him having low self-esteem. It has been a very rough year for him academically which has been so hard to watch. He doesn't enjoy school or learning anymore. Ryder is playing baseball, but is not as enthusiastic about it. We started seeing a new Immunologist who is at Children's in DC. We have fund cub scouts to be an amazing program for Ryder because he seems to really come out of his shell at all of the events. In the picture below he looks terrible though because he was feeling sick that last night of camping. 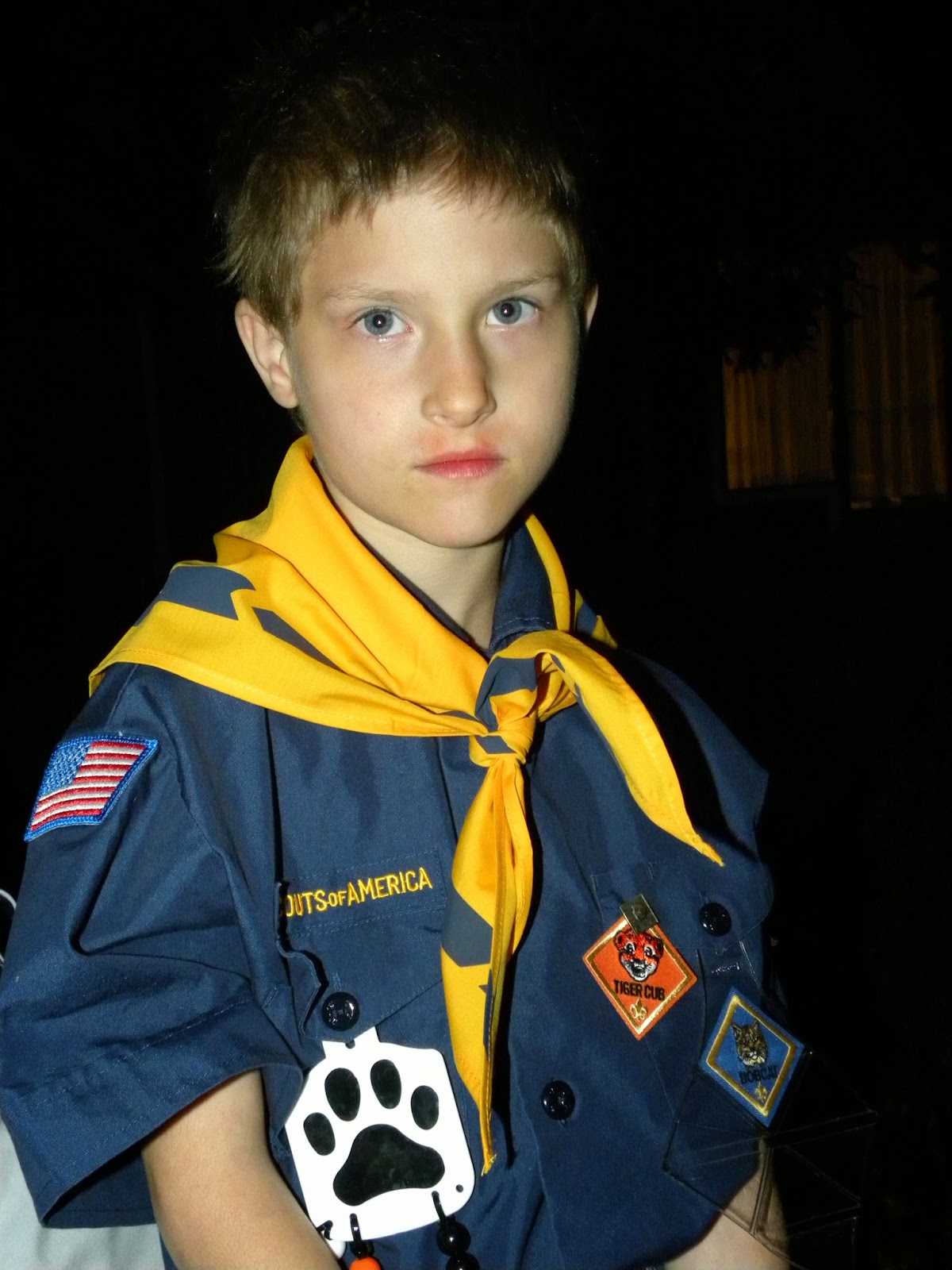 Tyler: This boy is growing up so fast! I can't believe he is 2 already. He is a ball of energy and ALL boy. He loves balls. Really more accurately he is OBSESSED with balls. That is all he wants to play with, talk about, or watch. He now weighs 28 pounds and is almost 36 inches tall. He can wear the same size shorts as Zak! Unfortunately, he has started climbing out of his crib which makes nap time and bedtime almost impossible. Over this past winter Tyler ended up with various illnesses including C Diff and MRSA. The new Immunologist is keeping a close eye on his immune system, but we hope he will grow out of it.

One big thing that has recently happened is the loss of Robin. She got very sick and after doing some blood work and trying some medication we decided it was best to let her go and put her down. It was very sad and so hard to watch the boys have to say good-bye to her.

Now for the news about our new adventure...Homeschooling. Ben and I have been discussing this as a possibility all year. We have talked about the pros and cons for a while. Ryder is struggling so badly with reading and writing. We have been battling with the school all year trying to get him extra help. He just recently got an IEP, but they are not really going to work on those skills. Instead, they have given him a scribe and human reader. That is one reason we made this decision. Another is the fact that in school they are pretty much teaching reading with whole language and sight words. Ryder does not do well with this and needs a phonics program. He is so determined that he isn't allowed to sound out words because his teacher tells him not to. It is so sad because when he sits down with me he can sound out words and read a bit. School this year has just beat him down so badly that he is not picking up anything. We talked to both boys about homeschooling and asked what they thought about it. Initially, Zak said no way he wanted to go to school with his friends so we told him that was fine. Ryder has been excited about it from the start and asks everyday if he can start homeschool now and never go back to school. I have been researching various different types of curriculum and went to a homeschool fair. So far I have a lot of good resources and plans for next year. I also found a co-op in our county that meets on Wednesdays. They have a nursery for younger siblings which is perfect for Tyler. Generally, for Ryder's age they have art, music, history, PE, and various other things depending on what the rest of the families want as well. My plan is to send in the intent to homeschool form the last day of school so we can start with some homeschooling activities and field trips over the summer. I plan to de-school a bit to get Ryder back to enjoying to learn before adding in new skills to challenge him. Now Zak is having second thoughts and thinks he might want to homeschool as well. Not sure what he will end up doing, but I will be sure to keep everyone updated. I realize everybody has differing views on homeschooling and I feel that is perfectly fine. It may not be for everybody, but we have come to this decision after a lot of talking and looking into things.

Another recent development is we will be rearranging bedrooms. Zak and Ryder do not lay down and go to sleep well in the same room. Usually we have to separate them and put one in our room to fall asleep. Ryder wants his own room so badly. Ryder will move into Tyler's room and get a loft bed with a desk underneath. Then Tyler will move into Zak's room with him since he is climbing out of his crib anyways and goes in there to lay down most times.