As I posted earlier, Ryder and I were able to attend the IDF National Conference in Baltimore the last weekend in June.  I wanted to post some pictures from that weekend to show how much fun we had....

Ryder showing off his name tag at registration 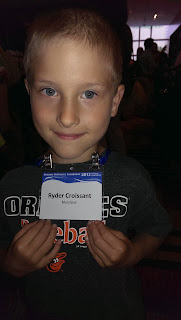 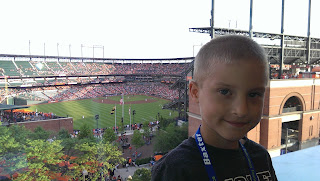 Ryder posing with Igi and the Antibody 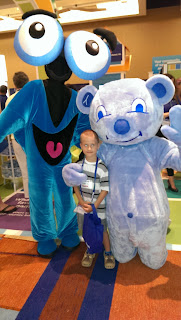 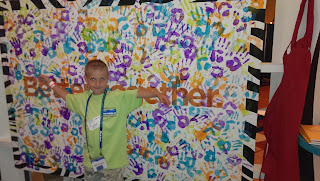 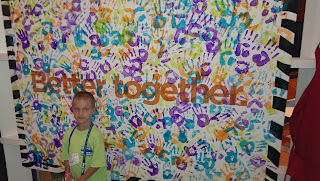 Ryder with two of his friends 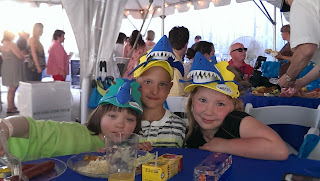 Ryder with his new girlfriend Katie 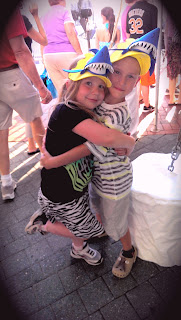 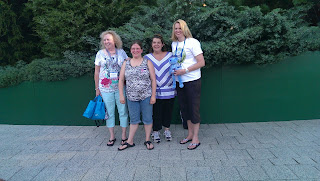 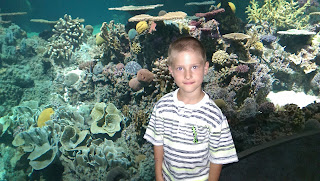 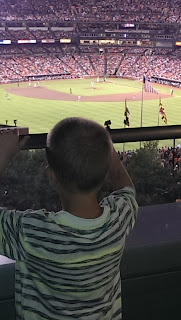 A picture of a few from our FB group 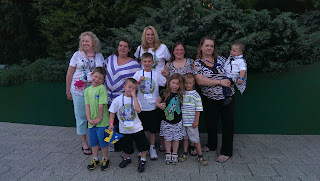 It was an amazing experience for Ryder to meet other kids who have similar health issues and have to do the same infusions as him.  He went to Kids Club during the day and had a blast.  They had short educational sessions to teach them about their immune system and how theirs doesn't work right.  They also had a carnival, field trip to the Science Center, and a magic show.  While Ryder was having fun with his new friends I had the chance to talk to other parents, listen to the experts in the field of CVID, and learn so many things.

Attending this conference did give me a little push to speak up for Ryder a bit more.  I discovered that many other patients have far less infections than Ryder does.  I talked to one of the leading experts in CVID and they said you should only have 2-3 infections a year which is far less than what Ryder has.  Even after asking the Immunologist at our last appointment if we should increase Ryder's infusion dosage they told me that it was fine since his IgG numbers were good.  I now realize that the most recent way of treating CVID patients is to treat the person/symptoms and not the numbers.  Because of this realization I have started to look around at other possible Immunologists so we have an appointment with a doctor at Children's National in DC, but not until October.  I really took to heart one piece of advice that was given to me which was to remember we are employing the doctors so we have the right to look around and "interview" them until we find the right fit for our family.  It was also pointed out to me that being with an expert in the field is amazing for the diagnosis phase, but sometimes they are not the best for day to day living and long-term maintenance. With that being said, I do like our Immunologist and feel they know a lot about CVID.  I just have a personality conflict with the NP who pretty much is the only person we are supposed to communicate with.  I will keep everyone updated on how our search for a new Immunologist goes.