Lots to Talk About

I wanted to show you a picture of the Halloweenies we had for dinner last week. We found the recipe in a little cookbook my mom sent me with various Halloween themed foods and snacks. They were really good, but took a good amount of time to make. 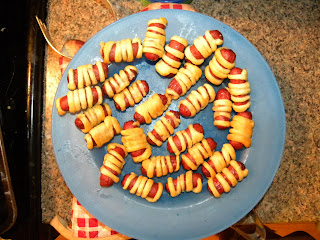 On Wednesday last week Ryder's bus driver gave both of the boys Halloween goody bags. The boys were so excited and I thought it was so sweet she gave one to Zak also! 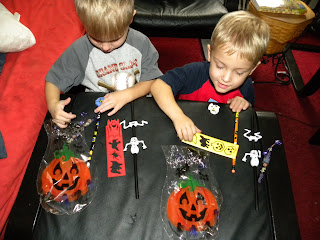 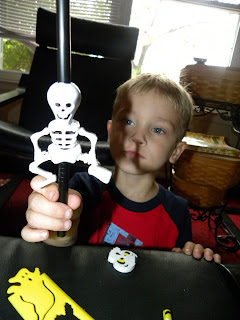 Thursday morning Ryder went to school and I took Zak to his class at the Y. Ben and Rich took our dead car to the junkyard to get some money for it. Once Ryder was home from school he and Zak went with Rich for the day. We had found a possible van so we took that to a mechanic to have it checked over. While it was at the shop we continued to drive around and look at other used auto places. We stopped at a bunch, but did come across another possible car. Once the van was done we took it back to the dealership and headed back to test drive the other car. Ben and I both really liked the second car we found and discovered the insurance on it would be slightly less than the van.
On Friday the boys played in the leaves with some of the kids from our court... 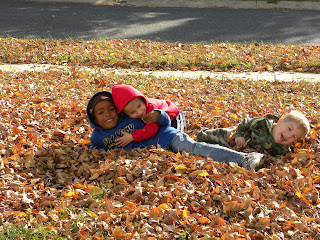 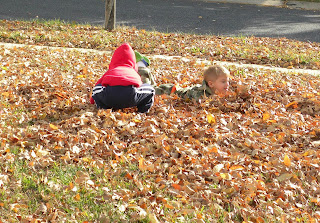 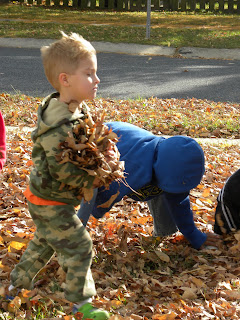 Once Ben got home from work we headed out and bought a car!! We ended up with a 2004 Ford Explorer XLT. This SUV has a third row of seats which can be folded down flat to make more space in the back. I am so excited to have the car issue behind us and even more excited that we were able to find an SUV!! 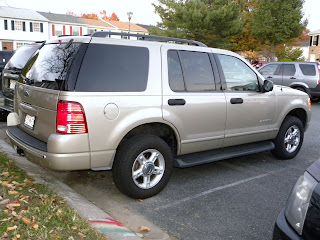 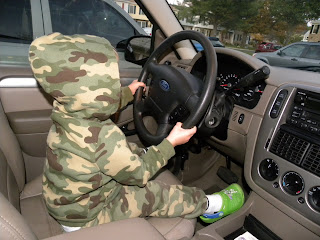 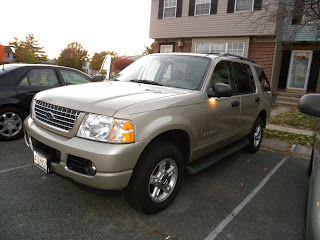 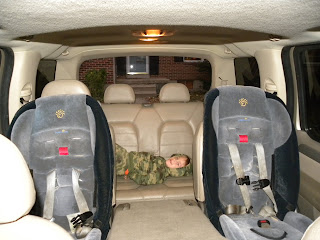 Yesterday was Halloween and we had lots of fun! In the morning Ben took the boys to play basketball at the Y while I did laundry and packed for our day of fun. After lunch we headed to Rich & Laura's to see them for a bit. Rich was at work, but the boys got lots of goodies from Nanny and got to play with Haleigh. We left there and headed to Annapolis. The boys played with Joey and Jamison for a while. Then we had dinner and got the kids all dressed for Trick or Treating. Both of the boys had a blast Trick or Treating! Zak really took to it and was racing from house to house pointing out which ones has lights on and which ones didn't. They both did good at saying Thank You and would occasionally get our a Trick or Treat before digging into the bowl to pick out some candy. We headed home around 8:40pm and the boys were asleep by 9pm. They stayed asleep when we moved them into their beds once we got home. 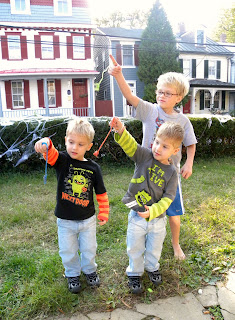 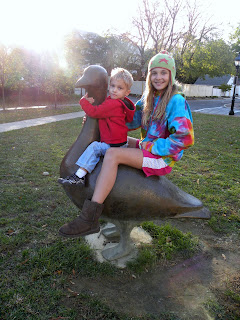 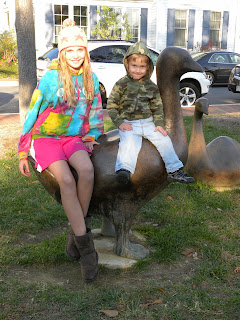 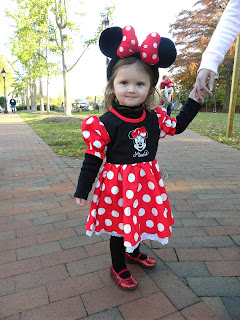 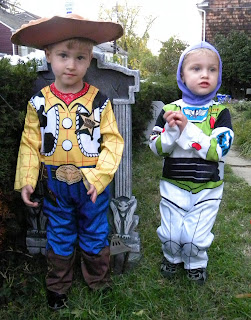 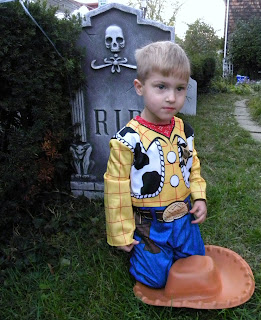 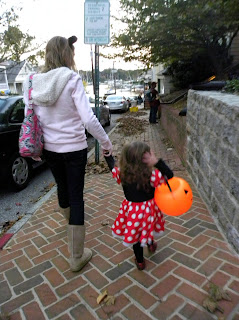 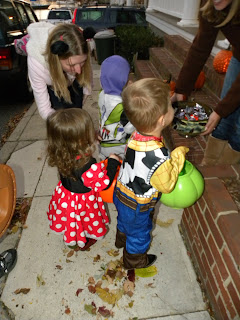 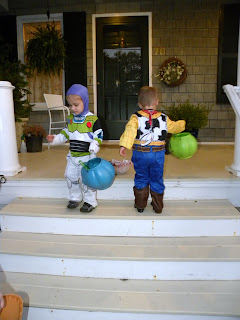 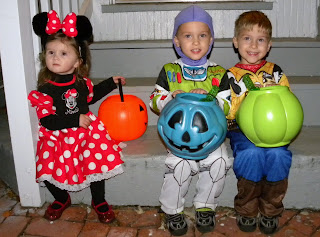 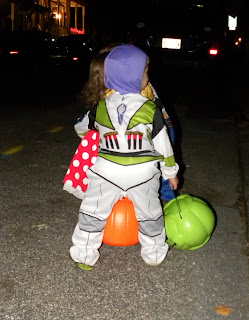 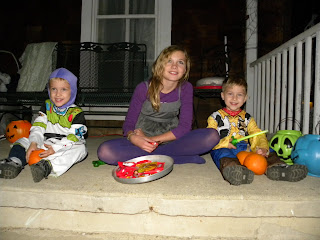 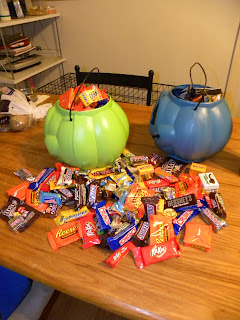 Today the boys and I went to the YMCA. I worked out for about an hour while the boys were in the "big playroom" aka the childcare room. Then we made a quick trip to WalMart. This afternoon we had Ryder's parent/teacher conference at school. Ben was able to get home in time to go with me so that was good. His teacher and speech therapist both said he is doing great. However, we did find out that Ryder is holding out on us at home. Apparently, he is one of the most social and verbal kids in the class! He answers questions appropriately, initiates conversation, makes requests, and plays great with the other kids. All of which he usually doesn't do at home. The teacher said normally they hear the reverse, many kids will be talkative at home and do skills at home that they won't exhibit in school. I am happy to know Ryder is doing so well in school, but now know we can't let him get away with certain things at home anymore. We now know he can answer questions and make requests so we will expect that from him at home too! They showed us some pictures he has made at school along with his "portfolio" which was mainly the results from his preschool skills evaluation. It shows what numbers, letters, shapes, and colors he identify along with other skills such as counting and coloring. He has a few shapes and colors he doesn't consistently identify and he is not identifying any numbers or letters yet.