This morning started out a little rough with early wake up call from the boys which then led to cranky boys. We went downstairs and they got to see their Easter baskets. After seeing everything they got their moods were a little better. 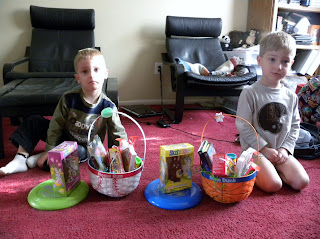 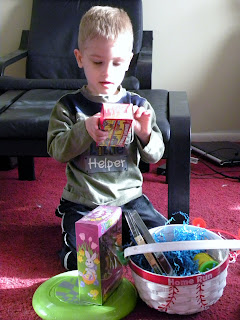 Movies
(Tangled, Shrek Ever After, How To Train Your Dragon, Beauty & the Beast) 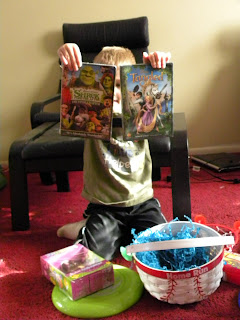 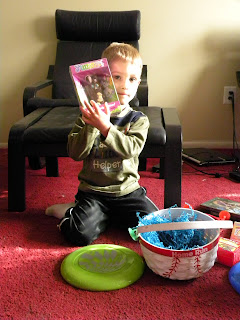 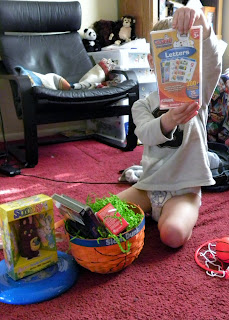 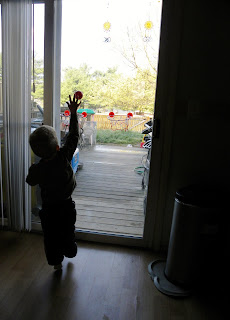 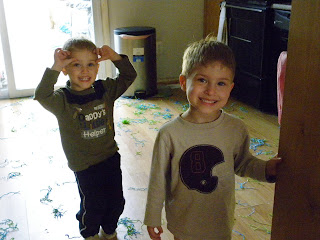 Zak then spent some time in his bedroom screaming and throwing a tantrum because he was not listening or behaving and time out was not working. Once he calmed down he came back downstairs and Ben took them outside to play with their new Frisbees. After lunch the boys laid down with Ben to watch a movie while I went to the grocery store. Early afternoon Tracy & Kyle came over to hang out and have dinner. We had an egg hunt in our backyard which all three boys thought was fun... 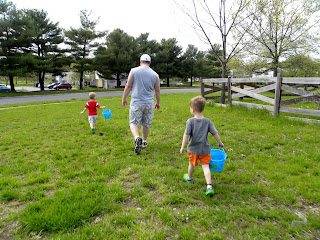 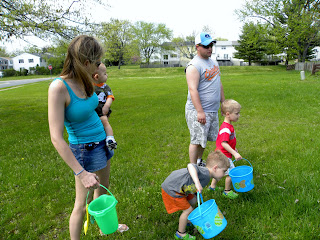 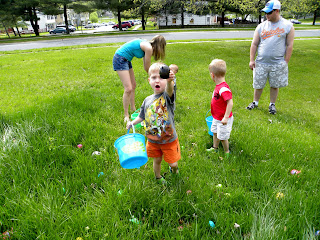 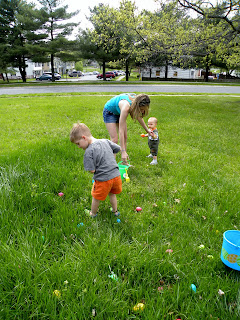 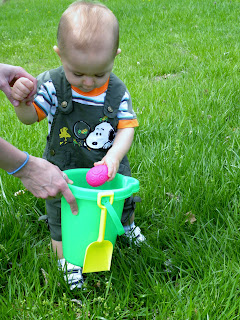 Once inside we opened all of the eggs to see what was inside. The boys happily discovered Nerds, Sweet Tarts, mini Tootsie Rolls, Smarties, Ring Pops, and socks. Kyle had fun playing with the little tiny eggs and enjoyed the rattling noise of the Nerds. So we filled one of the little eggs with rice for him to use as a shaker which he loved. He also had fun looking at all of the stuff the boys had gotten. 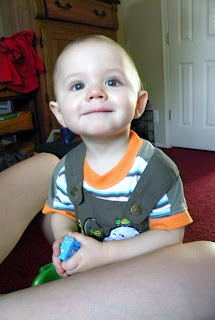 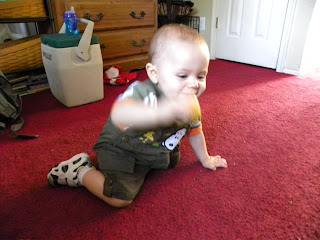 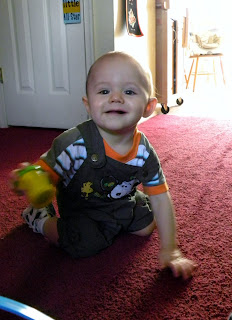 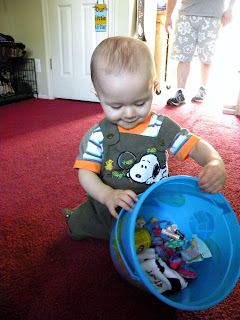 We then all sat down at the table to enjoy our cheese fondue! Kyle started out with some Cheerios, but quickly enjoyed some of the bread, apple, and sausage as well. 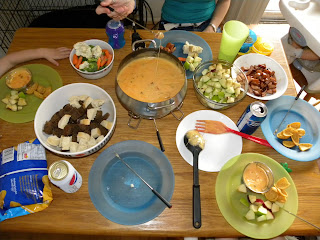 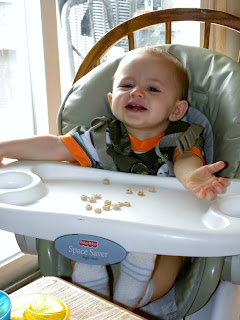 The boys had so much fun playing with Kyle and Kyle also enjoyed it. Zak was crawling around on the floor with Kyle chasing him, it was very cute! Batman loved giving Kyle kisses and once Kyle got used to Robin he enjoyed getting kisses from her as well. We had a good day hanging out with Tracy & Kyle.
Throughout the day Ben was also doing laundry and we were both getting stuff done around the house in order to prepare for his 2 week work trip which he leaves for tomorrow morning. He will be gone until May 6 which will be hard, but we will take it one day at a time and hope it goes smoothly. Tomorrow we have an egg hunt in the neighborhood, Ryder has school Tuesday/Wednesday/Thursday, and Zak has his Immunology appointment Friday morning. On Saturday morning Tracy is coming over to help me with Ryder's infusion which I hope goes smoothly. And then Sunday we are going to hang out in Annapolis with Colleen and the kids.