I have not updated the last few days and not really sure why. Not much really went on. Ryder had school Tuesday, Wednesday, and Thursday. Ben and the boys have all been battling with a cold. 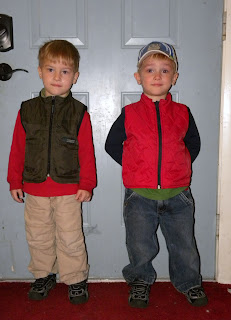 Today we had a busy day though. This morning we went to Rich & Laura's house around 9am so Ben could help out with some stuff there. I decided to take advantage of some time without the boys to get Christmas shopping done. My first stop was Target which ended up unsuccessful. I am in search of the last two Hot Wheels Toy Story 3 cars, I have found all of the rest of them. I then went to Toys R Us and was able to get almost everything I went for. My mom had left money with me while she was in MD to use to buy the gifts for the boys from her so that is mainly what I got today at Toys R Us. I then made a stop at Tracy's house to pick up some stuff from her. I spent some time there playing with Kyle... 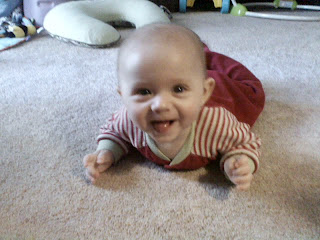 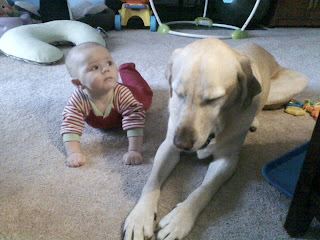 After I left Tracy's I headed back to Rich & Laura's house to pick up Ben & the boys. We left there and went to get lunch since it was close to 1pm at that point. After that we went to WalMart, but did not find anything there. We made one last stop at another Target, but walked away with nothing as well.
Once we got home we started working on the big part of the day. We have decided to put the boys each in their own bedroom. Sleep has been an issue recently so we are hoping this will help. We were concerned since the bedrooms are incredibly different in size as well as where all of the toys would go. So today we made the big move. Zak's bedroom is their old bedroom and Ryder's bedroom is the old playroom. We moved some toys into Zak's bedroom and re-arranged Ryder's bedroom. Ryder's room is significantly larger than Zak's, but not much we can do about that. 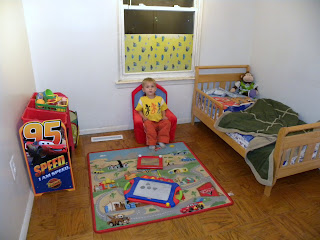 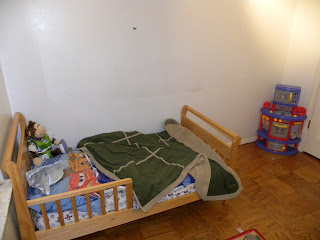 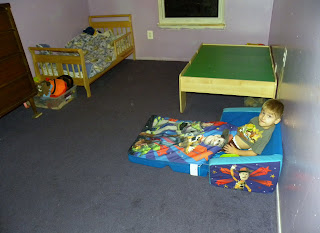 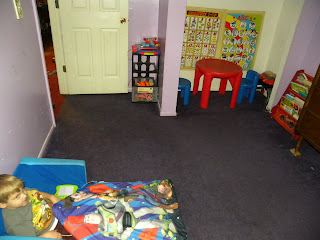 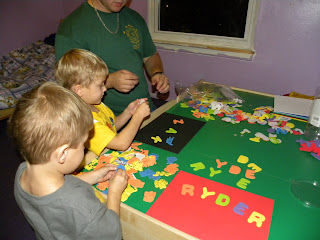 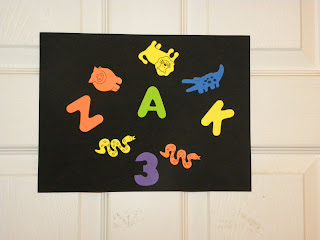 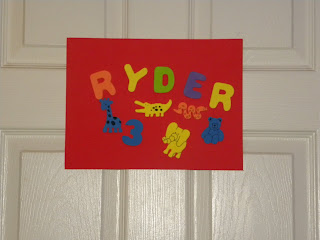 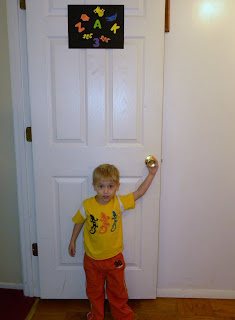 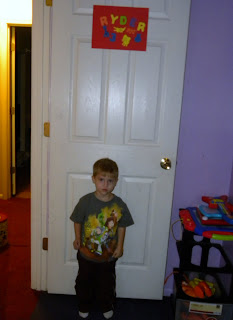 The boys got to make signs for their bedrooms which they had fun doing. Once it was bedtime something happened that we were not ready for. Zak went to bed and had no problems at all. But Ryder went into a major meltdown. He was screaming, crying and just freaking out. We put a little light in the room because he said something about being scared, but that didn't help. He was repeatedly saying he wanted to go to the other room, he didn't want to lay down in the playroom, and he needed to go to Zak's room. After a little while we decided to just lay him in bed and walk out to see if he would calm down. After a little bit longer everything was quiet so Ben checked on both boys. Zak was asleep in his bed and Ryder was asleep on the Toy Story couch thing which is right next to the bedroom door. At least they both were asleep within 1 hour of being put the bed!
We had anticipated Zak being the one that would have an issue because he always wants to share a bed with Ryder. He really surprised us! What we hadn't thought through was the fact that Ryder generally doesn't do well with change. He likes to have structure and schedule without much change. As he was freaking out in his new bedroom I started to feel horrible once I realized he just wasn't handling the room change well. I am happy he was able to calm down and fall asleep. I am hoping it will get better each night.
The next few days we will see how this whole set-up works out. They now both have toys in their bedrooms which they have not had since we moved into the townhouse (1yr 8months old). The long-term plan would be once they are out of toddler beds they would get bunk beds and move back into the same room. That way they could have a playroom again and we could use a corner of the playroom to put desks for school stuff since we don't have any other place to do that. But we will just take it one day at a time and see what happens.

The rooms and the signs look great! I hope things get better and better each night.