I am going to do this a little out of order, but that is ok. First, the boys have both been battling some nasty diarrhea the last few days. Because of this Ryder won't be able to go to school tomorrow since he has to be diarrhea (vomit and fever as well) free for at least 24 hours before going back to school. So we are starting a strict BRAT diet for them, giving Probiotics, avoiding all lactose, and giving them Pepto. I hope this ends soon because Ryder is experiencing the worst diaper rash right now.
On Sunday we enjoyed our free Rita's Italian Ice to celebrate the first day of Spring. The boys picked their flavor according to the color...Ryder got Blueberry because he wanted blue and Zak got Mango because he wanted orange. I got sugar-free pink lemonade and Ben got wild cherry. It was chilly out so Ben is the only one who actually finished his whole cup, but we all enjoyed it. 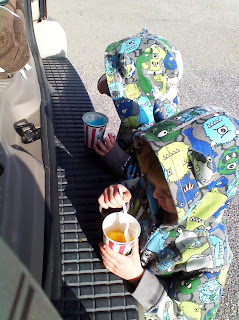 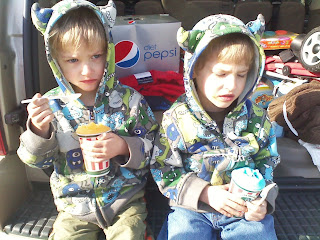 On Friday we actually set a new record high temperature! It was 81 degrees and the old record was 80. It was so nice outside. We had planned to take the boys to the playground when Ben got home from work since he left early and would get home early, this is his one day a month he knows this because he has this same job every third Friday of the month. Well, it was not meant to be this month because just as we were getting ready to leave Ben's boss called and said he had to go back to work because the other tech had gotten behind. The boys threw a massive tantrum and just lost their minds, rolling around the floor screaming they needed daddy. It was a disaster. I kept telling them we could still go to the playground, but they didn't want to. Finally I got them calmed down and we went to the playground. They both had a blast! It was not a perfect trip though because about 5 minutes after we got there Zak had to go to the bathroom and we quickly found out they were still closed at the playground...the sign said closed through March. So we had to get in the car and drive to a public bathroom then went back. About 45 minutes later I was sitting with Ryder in one of the tunnels and his nose started to bleed so we had to get to the car and deal with that and then headed home. 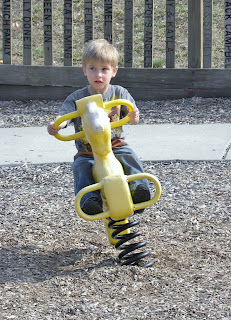 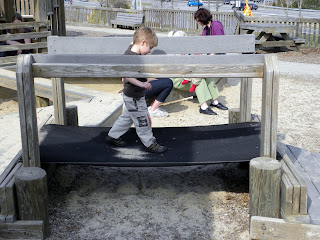 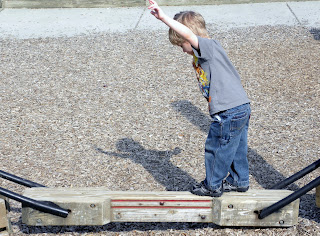 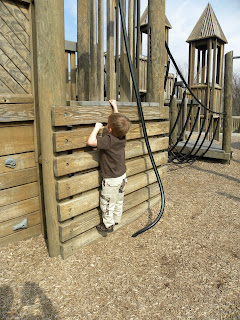 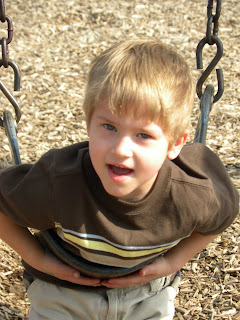 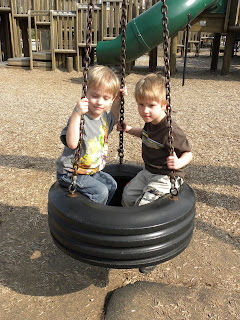 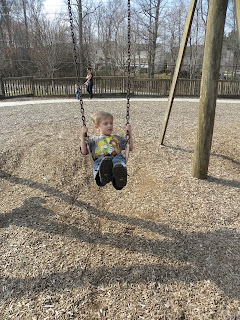 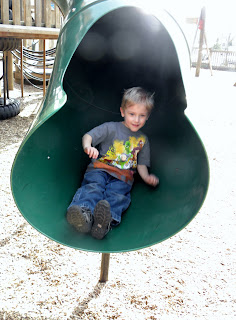 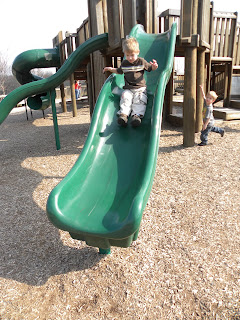 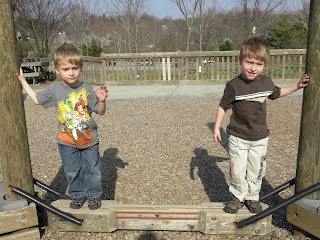 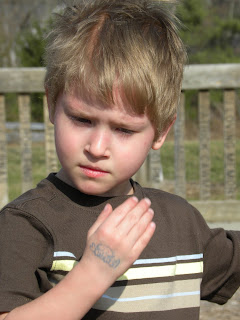 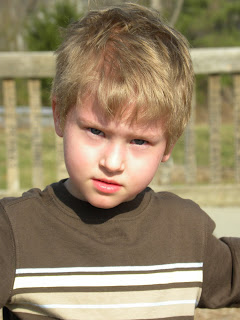 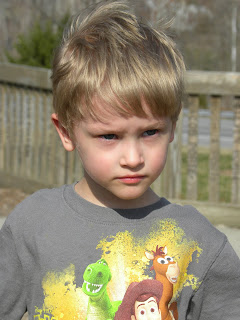 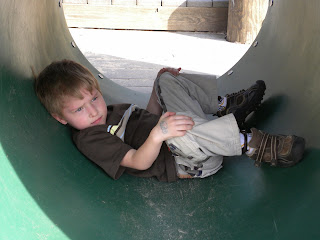 After we got home the boys played outside for a while. They each took a turn with Zak's roller skates and then played on their scooters also. Ben did get home while we were playing outside. 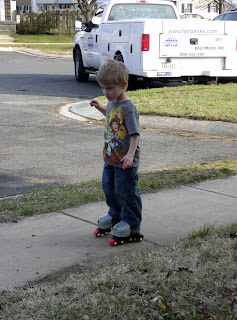 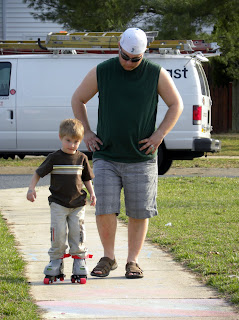 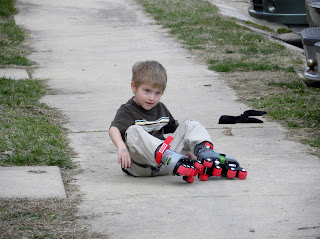 Then we went inside and made dinner which included bacon and pancakes. The boys have to have their pancakes in the shape of Mickey. 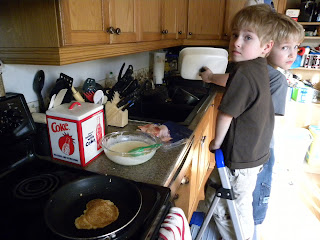 On Saturday night we had what they called a Super Moon because Earth was the closest to the moon that we have been in like 18 years so it was bigger and brighter than normal. I tried to get a few good pictures... 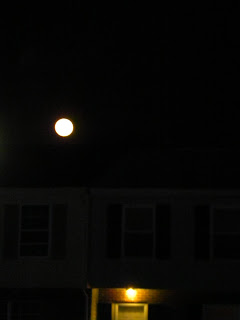 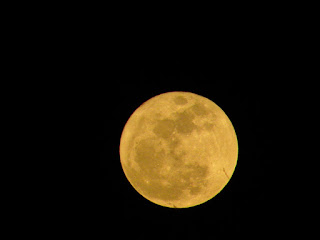 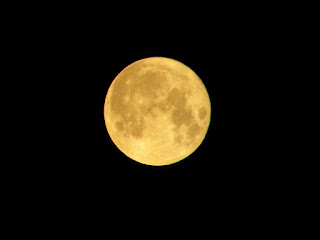 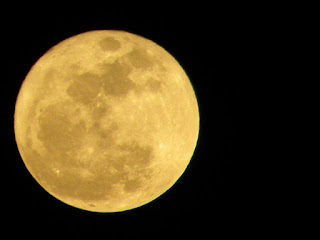