The other day Ben got to experience the horrible scream that occurs when a stink bug lands in the car anywhere near the boys. This time it landed on Ryder's side of the car which really set him off into a massive tantrum. It was so bad that days later he is still refusing to willingly get into the car. And once he is in the car he folds his legs up tight, clenches his fists, and shakes. The day of these pictures he refused to put his legs down even after we stopped and got the bug out of the car (it was on the floor). 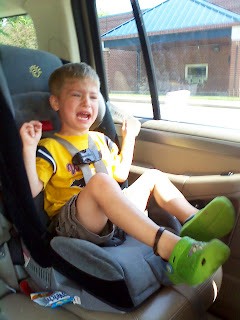 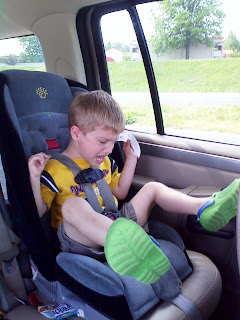 Ryder fell asleep during dinner the other night. We moved their chairs into the living room so we could all watch the Kentucky Derby during dinner. 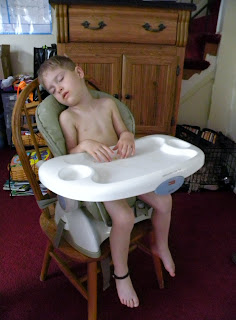 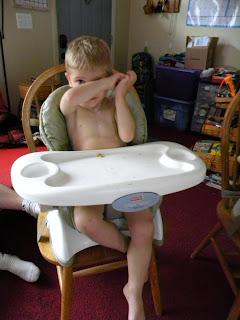 I got my new pump in the mail last week, but just started using it yesterday. It is the same size as my old pump, but I figured I would post a few pictures anyways. This time I got a blue one. The big differences are that you can get much better control because this pump can give insulin in much smaller amounts to give a more constant level overall. 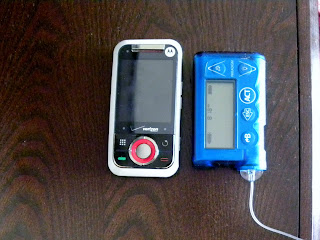 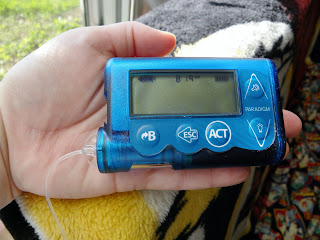 I wanted to post some information about our trip to Maine since things have changed. We thought everything was worked out, but then some stuff got messed up and caused us to almost not go. Now it is going to be an all guy trip because I am staying home with the dogs. I am not going to post details about what went wrong, but there is no fixing what happened so I have no choice in the matter for various reasons. So the boys and Ben will be making the drive to Maine and back still. I know the boys are very excited and talk about it non-stop and I will enjoy a little "me" time. I am not excited about being at home with no car, but I know it will be fine. I will keep myself busy and hopefully the boys will have fun.