Friday the boys and I spent most of the day at Rose's house playing with the kitties. Stella came over also to join in on the fun. The boys had a blast running around and playing with Rose and the cats. Our reason for going over was to visit and pick up a laptop that Rose was nice enough to let the boys have. We will use the laptop for computer games for the boys. All of Ryder's therapists comment on how visual he is so we are thinking computer games will be really good for him! That morning I was not the best mom in the world because for breakfast I let the boys talk me into giving them popcorn! 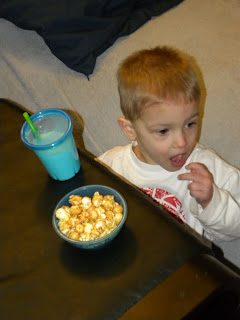 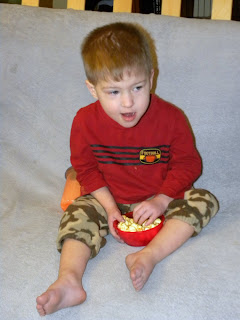 This morning we went to the Maryland State Fairgrounds in Timonium for the World of Pets Expo. I had been watching the weather for the past few days which was saying we were supposed to get some snow this weekend. Yesterday the weather forecast changed a bit and said we would miss the snow and if anything just get a dusting. So we decided to still go to the Expo since it is only about 30 minutes away from our house.
The boys had so much fun and were so well behaved! They loved looking at all of the animals such as these... 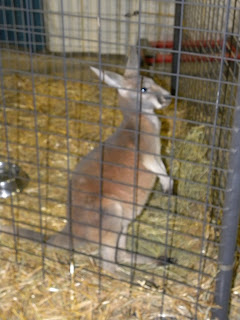 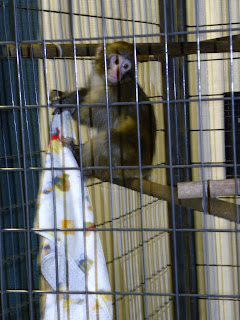 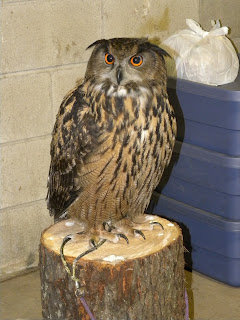 They also had fun watching the dogs doing agility... 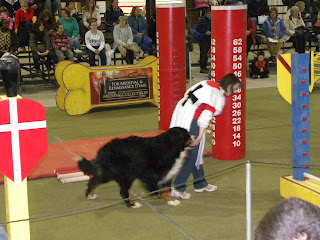 We also got to see a bunch of cats because there was a cat show at the Expo. I always like going to cat shows and seeing what people are showing right now. I did find myself being very critical of the Maine Coons I saw at the show though. I have a very big opinion about what I feel a Maine Coon should look like and there was one at the show that was far from my vision! I kept my mouth shut around the "cat people", but I made sure to immediately call Rose. The boys also enjoyed seeing the horses, goats, sheep, rabbits, snakes (Ben was not find of this part), birds, ferrets, and TONS of dogs! Zak was so good about giving the dogs his hand to smell before petting. Every dog we walked by Zak would stop and put his hand out for the dog to smell/lick, but he would get upset if the dog ignored him.
We were inside for about 3 hours and had a big shock when we went to walk to the car. It had started to snow while we were inside and there was about 3 inches already! The boys thought it was fun walking through the snow to get to the car even though I did not. It took us over an hour to get home! The roads were not very good and there were cars pulled over all over the roads. As we got to our community there was a car stopped in the middle of the road which caused everybody else to stop and then drive around this car. Our car did not appreciate this stopping and began to act up the rest of the drive home. For a bit Ben had to hold the wheel at 90 degrees just to drive straight! Did I mention I HATE SNOW!!
Robin LOVES snow 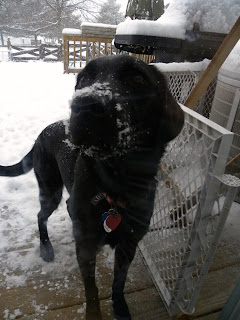 VZ sat on the table and watched the snow falling 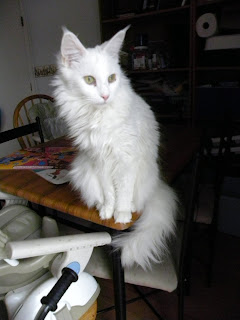 Ben measured and we have about 6 inches 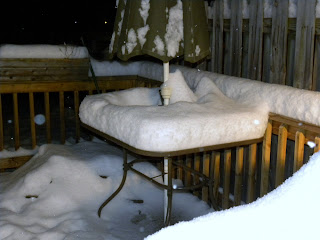 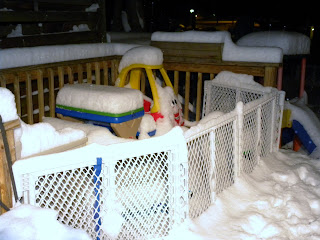 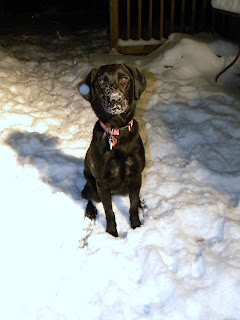 I am just hoping when I wake up in the morning all of this nasty snow is gone. Tomorrow we are going to have dinner with Rich & Laura so we can drop Zak off for his sleepover. On Monday Ryder and I will once again be spending the day at Hopkins for his appointments with the audiologist, kidney ultrasound, and opthamologist.