We spent a lot of time outside this week since the weather was pretty decent. There were some scattered showers and storms, but mainly they happened over night. The boys and dogs love spending time outside and playing together now that we have the new fence and everyone is easily contained. 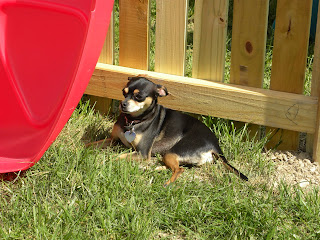 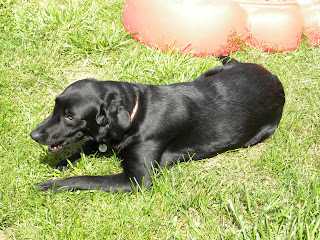 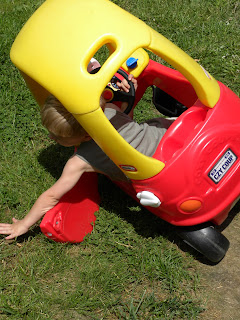 On Wednesday we had dinner at Rich & Laura's house since they were going away for a vacation. The boys had fun playing with the water sprayers and trying to squirt Poppy while he was in the pool. 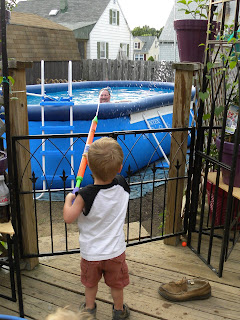 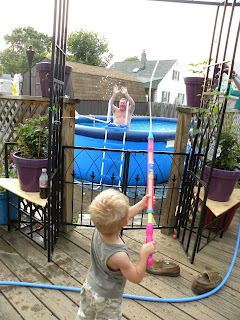 On Thursday we spent more time outside playing. The boys now love to jump off of anything and everything. I call them jumping beans and now that name has stuck because when ever they want to jump they will say "I jumping bean". 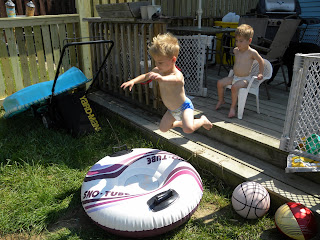 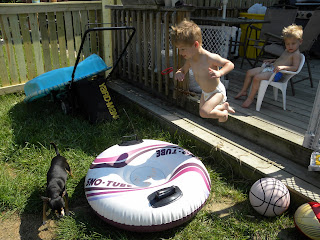 After playing outside for a while I tried to get the boys to nap, but they refused. I put on a movie and they watched some of it and ran around for some of it. When the movie ended I realized Ryder was curled up on the floor....asleep at 5pm! 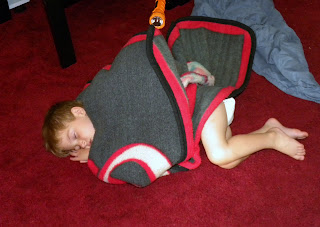 Wednesday evening the boys decided to have a wrestling match with each other, but with a twist...wearing Ben's hats over their eyes! They walked around the living room with the hats over their eyes and trying to run into each other or knock the other over. Nobody got hurt and they had so much fun. 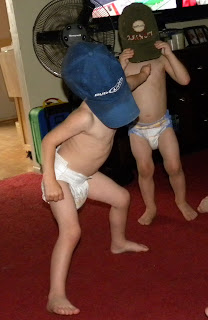 On Friday morning the boys and I ran some errands including a trip to the grocery store. When we got home they went out in the backyard to play while I put the groceries away. Once I was done and went outside I discovered the boys had been having a little too much fun with their sand and sandbox. They had sand all over the backyard and they were covered in it. I tried brushing it out of their hair, but it was stuck on their scalp. I grabbed the camera to get a few pictures and then had to put them in the shower! 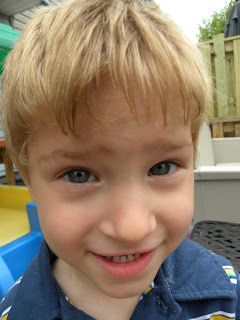 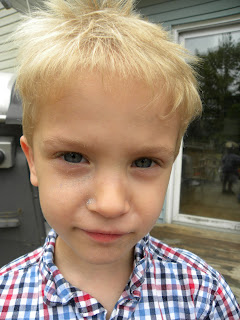 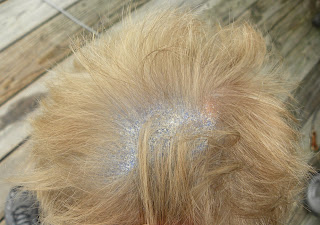 Saturday we spent the day at home not doing too much. 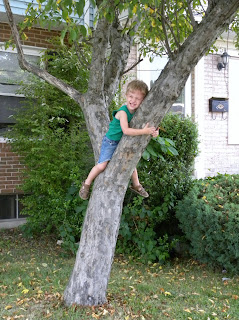 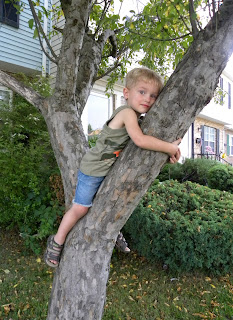 This morning we left the house around 10:30am to spend the day out. Our first stop was lunch at Chevys. Then we went to Rich & Laura's house (they are on vacation) to go swimming with Dani. The boys were so excited to go see Dani and asked about her all through lunch. Once we got in the pool I was surprised by how independent the boys were. They both got into little inner tubes and kicked around the pool with little to no help. After a while Ryder did want to be held, but he did so good at first. They also enjoyed shooting water at Dani and watching Ben & Dani rough-house in the pool with each other. 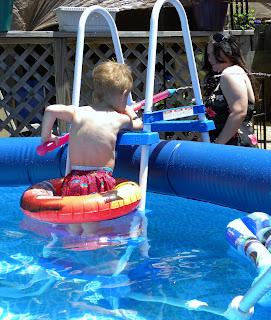 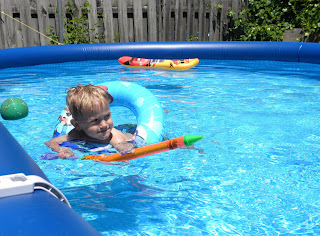 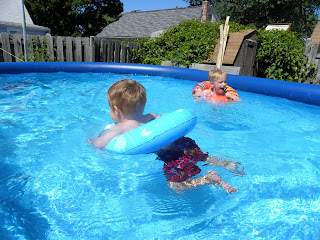 Ryder swimming
Zak Swimming
Tonight after we put the boys to bed I made a trip to WalMart. I wanted to look for new bathing suits for the boys since they only have 1 that fits right now. I was also looking for rash guard shirts for them to wear. My other mission while there was to look for some pool toys and floats. I was successful in finding the bathing suits, rash guards and lots of fun toys. Since my grandparents in Riva also have a pool we figured we will get a good amount of use out of toys and more bathing suits so we went ahead and got them in the hopes that they will last more than just this summer. We are thinking about going back to do some more swimming with Dani tomorrow since the weather should be about the same as today and Ben is off work.
This coming week we don't have too much planned, but I am looking forward to Tuesday night because I am going to watch Kyle so Tracy & Dave can go out to celebrate her birthday. Then on Wednesday Ryder has his special educator session. Next weekend I am planning to go to a cat show which is in Baltimore so I can help out and see some of my cat friends that I miss. On Sunday I might be going to a pre-baptism class with Tracy, but I am not sure if I will be going to the cat show both days or just Saturday.