There seems to be a ton of people expecting babies sometime soon. One of my friends on FaceBook actually knows 28 women who are pregnant right now! Personally, I know 4 that are pregnant and can't wait to get the chance to meet the babies and hold them. I really love babies and truthfully would love to have one more. Ben and I have talked about the idea of having another baby, but no 100% decision has been made yet.
Last night one of the 4 babies made its way into the world. Kimberly and Jesse (who live in FL) had their baby boy around 9pm. He weighed 7 pounds 12ounces and was 19 inches long. Baby boy Durner doesn't have a name yet, but once I hear word of the decision I will let everyone know. For those who don't know who Jesse and Kimberly are I would try to explain their relation to me. My mom is married to Chuck...Chuck is Vicky's sister...Vicky is Jesse's mom...Jesse is the father to Baby Boy Durner. Hopefully that makes sense! Here are a few pictures...
Noah
(yes, they announced the name) 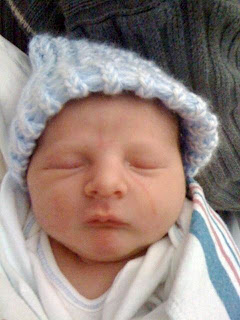 Jesse and the baby 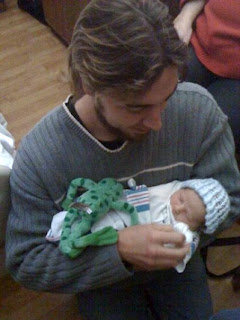 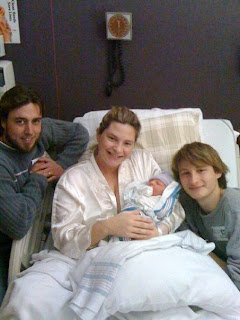 As for when the other 3 babies are expected...Amy & Justin are expecting a baby girl (Abby) the end of March, Tracy & Dave are expecting a baby boy (Kyle) the end of April, and Alison & Mike are expecting a baby girl (Meghan Grace...I think) is due the beginning of July. I am extremely excited that there will be two new babies for me to meet and hold during our trip to FL at the end of April!
And now for some odds and ends...
The boys have really been boycotting bedtime! I always put them in their bedroom in the afternoon to try and get them to nap, but most of the time they just run around and tear their room apart until I let them come out. Today was no different and here is what I found when I gave in and let them out of their room...
Ryder's thigh...looks like a bite mark to me! 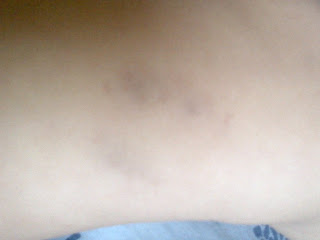 There are locks on all of the drawers on this dresser, but that did not stop them from emptying out every drawer and then using one to get to the humidifier and heater! 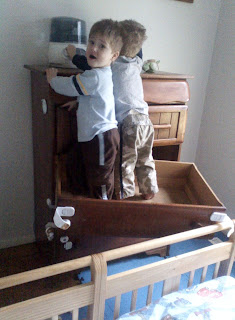 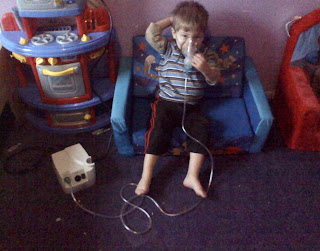 Ryder during his mid-day treatment 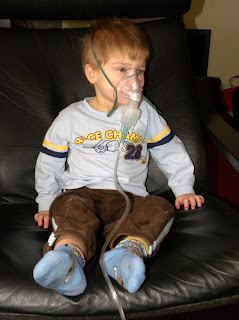 Zak did something today that really surprised me and made me pretty mad. He was trying to climb up the fridge and some how pulled off the piece of plastic around the ice maker. A few little pieces broke off, but I was still able to get it to stay in place. Hopefully it will not start to fall off! 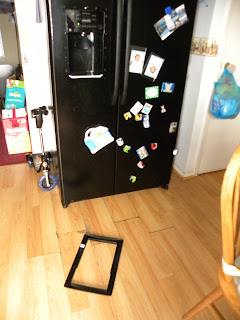 Over the weekend during a trip to WalMart we decided to buy a new fish tank for our two Beta fish. We found one that has a divider so both fish can be in the same tank, but not fight. It also has an easy valve at the bottom that allows you to drain some water and add clean water. 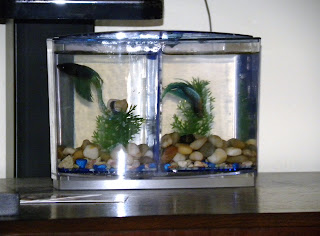 And VZ....she fits in great now. She is often found sitting and napping in the boys' chairs at the table! 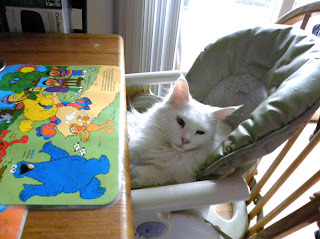 Lol you definitely have your hands full!! I love the double beta tank, might have to pick one of those up for Lauren!!