As I posted last night, the boys are both feeling better. Now that we know neither of the boys are contagious it has allowed us to get out of the house a little more than before. After I got back from the pediatrician with Ryder we all went to pick up Rich's truck to use for a run to the dump this weekend. Ben then had to go to work for a bit so the boys and I went home. Once Ben got home from work we took a trip to WalMart and Target looking for some options to deal with the boys' clothes in their bedroom since we have been unsuccessful in figuring out how to keep the locked out of the dresser. We ended up buying some wire racks to put in the closet that I will use for folded clothes and we will not put clothes in the dresser until we find a better way to keep them locked out of it! Here are some pictures from our day...
Zak told us he was shooting the cars outside 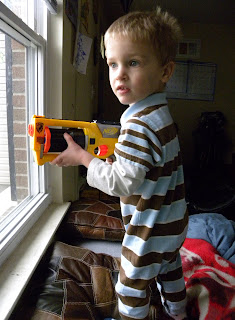 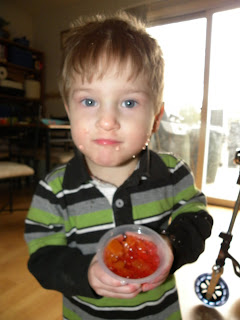 Ryder has not gotten to the point of telling us when he needs a new diaper. Add that to the fact he is on steroids right now which generally makes him pee a TON! And then add in that he was busy eating his Jello and this is what you get... 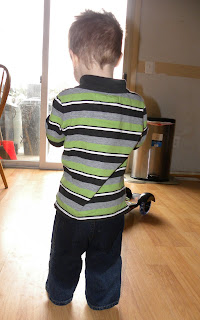 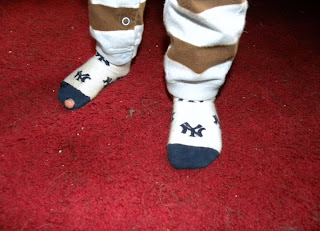 Last night after we ate dinner it was time to load the truck with stuff that Ben and Rich were going to the dump today. The boys love "Poppy's big truck" so they were more than happy to help out. 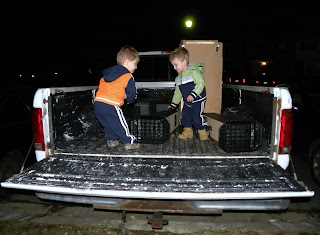 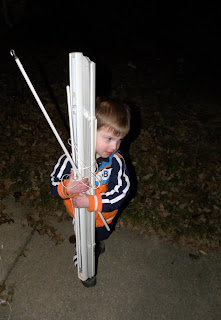 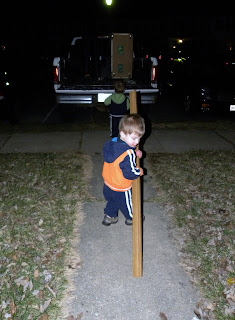 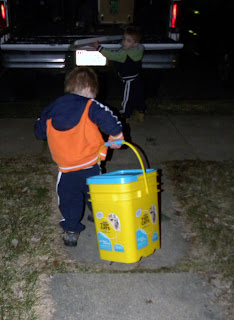 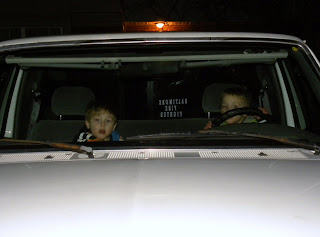 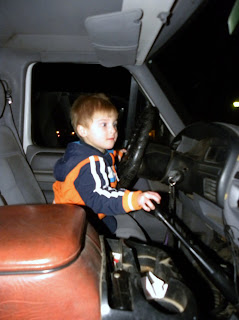 This morning the boys were wise awake at their usual 6:30am time. Ben and I decided we would take them out for breakfast before he left to go to the dump with Rich. We went to our favorite place in the world...Chick-Fil-A. Ben left for the dump and the boys and I came home. Once we got home I let them ride their scooters outside for a few minutes. This was the first time they have ridden them outside so they had a blast! 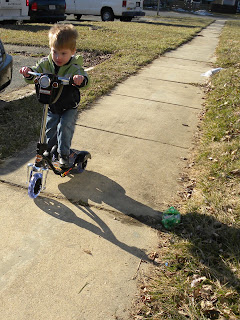 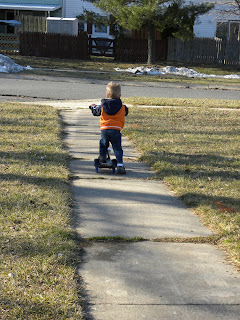 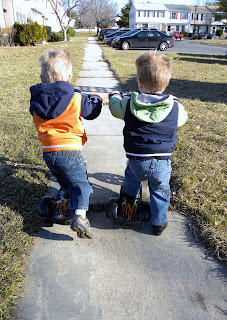 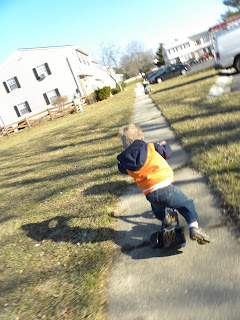 They did not want to come inside so I told them we could watch a movie. They chose "doggy movie" which means Bolt. I caught Ryder almost asleep during the movie! I know I am ready for a nap since they got us up so early... 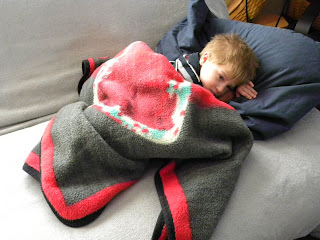 Tomorrow the four of us are going to make a trip to PA. Ben's grandmother and Aunt are going to be in PA for the weekend visiting some other family so we are going to drive up to their hotel for lunch and some indoor swimming. The hotel is only about 50 minutes away from our house so it will not be a long drive. I am sure I will have pictures to post after our trip.