Ben got home around 10am on Friday and immediately started to dig our the spot for his work truck. Then I handed the boys off to him and went back to lay down since I had a very trying week. When I woke up I realized he took the boys outside to play while he dug out our car from under all of the snow. The boys were having a blast, the car was getting cleared, and I felt better after getting a nap. I was still upset about the news Ben had given me when he got home. He told me that he would be spending this coming week in VA also! Then he will be home for a week and then in Kansas City for the first week of March for training which we have known about for a while. And then he will have to go back to VA for another install either the second or third week of March. This means in the next 4-5 weeks he will be away for 3 weeks! This news had sent me into a downward spiral after the horrible week I had along with the news of another snow storm set to hit us on Monday.
Yesterday we took the boys to Chuck E Cheese while the car was getting new brakes. They had so much fun riding on all of the different things and playing all of the games. We still have a good number of tokens left to take them back another time. 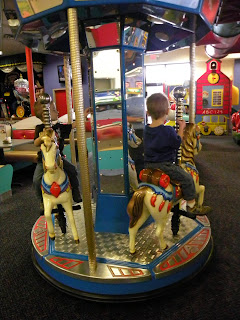 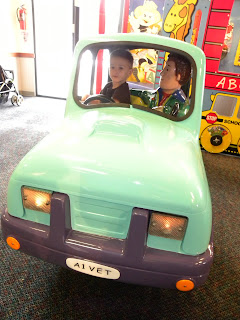 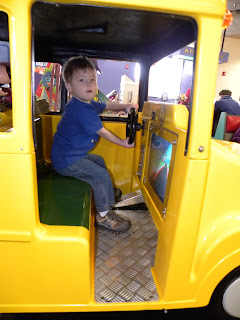 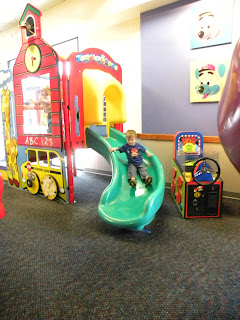 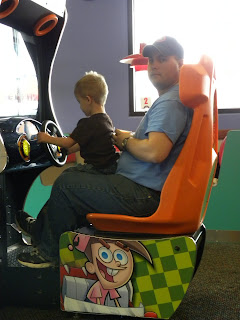 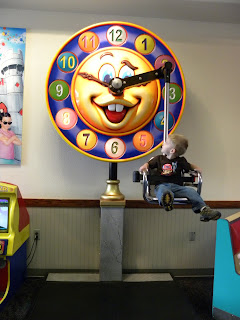 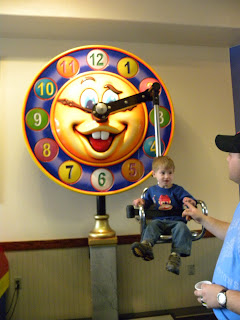 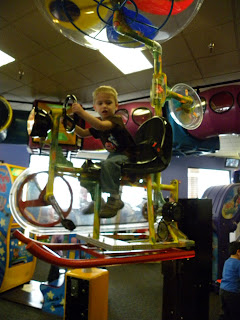 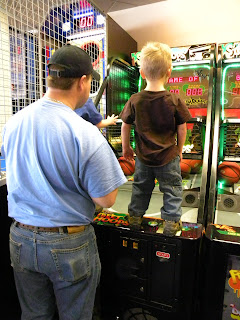 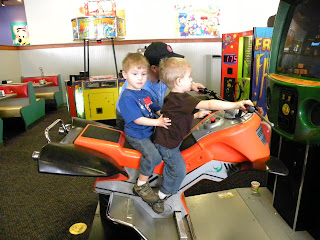 Today we went to the grocery store to stock up for another long week and possible snow storm. Zak did not behave well at all for this trip which set me off into a bad mood. Once we got home and put the groceries away I escaped on my own to go out and get some sushi for lunch. This was the first time I had been out in the car all alone for a long time and it was much needed. I would have stayed out longer, but I had a bad headache and decided it was time for a nap.
This evening Zak was playing with HIS kitty and she really does love him. She lets him do just about anything he wants to her while she still runs away from Ryder a lot of the time. 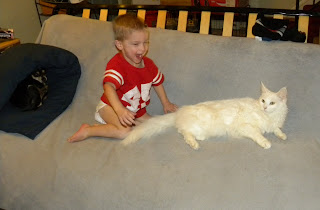 Here are some pictures to show that the snow has started to melt... 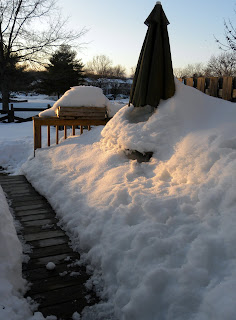 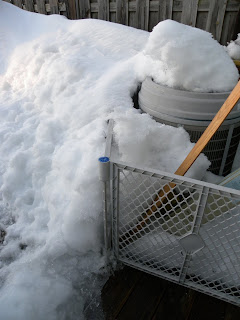 As for this upcoming possible snow storm...there is only one thing that all of the forecasters agree on and that is that we won't know what this storm will bring until it is here. This storm seems to be giving everyone a difficult time to decide what exactly it will drop on us. As of right now the two possibilities seem to be: 3-6 inches Monday afternoon into Tuesday or 6-12 inches Monday into Tuesday. Some have said it might only be rain depending on the temperature and others say it could be sleet and ice. I am preparing for the worst (any amount of snow!), but hoping for the best (rain to melt the snow we still have). I have already cancelled Ryder's eye appointment for Monday since Ben will not be home to pick Zak up from daycare (I wouldn't make it back in time) and we might cancel his pediatrician appointment for Tuesday morning depending on what the weather brings.