The boys have started to enjoy playing pretend/make-believe which is fun to watch. Zak has really gotten creative and gets very involved with his pretend play by pretending he is actually somebody else. Ryder is just starting with pretend play and will make characters do things, but not really pretend he is somebody else yet. Yesterday morning they played with all of their new Toy Story stuff for a while. 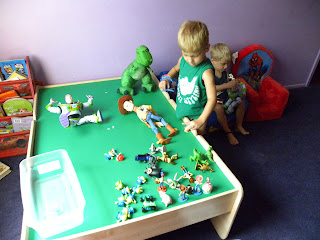 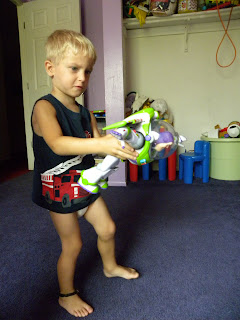 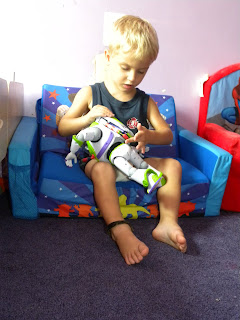 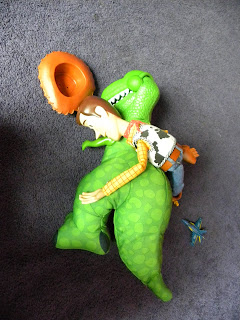 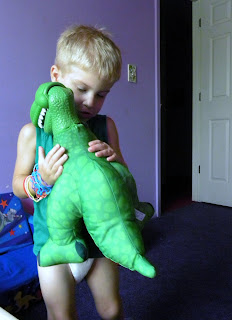 Pretending Rex is biting the airplane
(with sound effects as well) 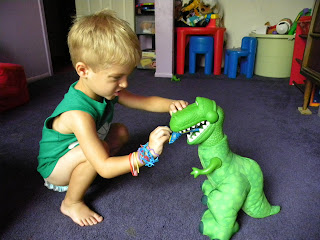 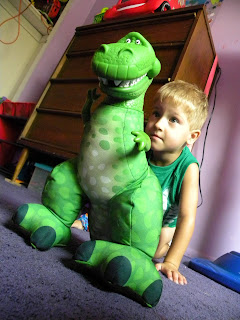 Ryder with his Silly Bandz and Buzz 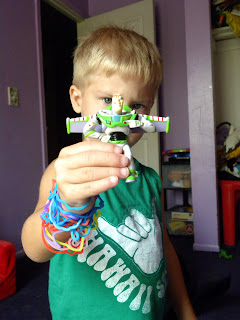 The dogs were also playing 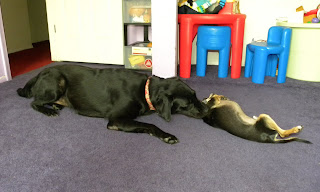 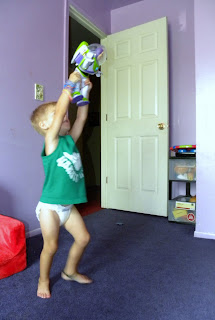 After they played for a while we had our last session with Ryder's speech therapist. It was so sad saying good-bye to her because we have all really enjoyed the sessions with her. Every time the boys would see her coming to the house they would run to the door and start calling "Rachel. Rachel come play!". She told me to keep in touch with her throughout the year to let her know how Ryder is doing in school. It was very sad to see her go, but I know Ryder is moving on to bigger and better things. Once the therapist was gone the boys took a break for lunch. 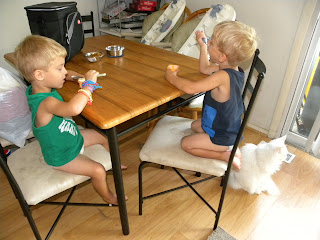 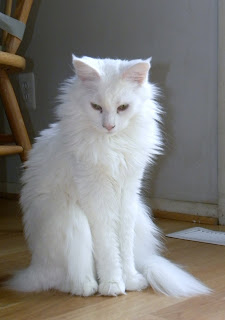 Last night just as I was getting ready to take a shower and lay down we ran into some issues. I noticed Robin was wet, but she had not been outside (it was pouring rain). We looked around the house and found the kitchen ceiling was leaking. So Ben had to pull down more of the drywall which made the hole in the ceiling even bigger than it already was (Ben made a hole the 1st night in the house when we discovered the shower with leaking into the kitchen). Zak was very upset and crying "Daddy broke my house!". Then Ben went into the attic and discovered the pipe was not leaking, but there was water coming in through the roof around the pipe. So good news that there is not an actual pipe leaking. But then he also discovered 2 other small leaks from the roof into the attic. We have had some crazy amounts of heavy rain yesterday so he is hoping it won't happen again anytime soon. 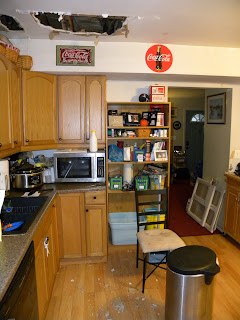 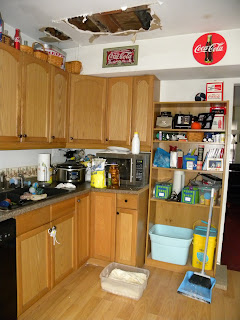 This morning we have had a slow morning. I just can't seem to wake up and get moving because I just feel so run down and exhausted. The boys have also been moving slow this morning. 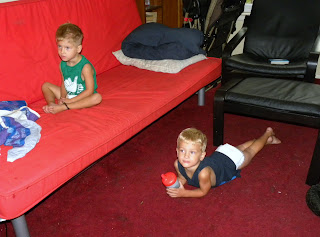 Once we do get moving I need to get to the bank to deposit a check and then go to Kohls. When we get back home I need to start going through the house and figure out what we can get rid of and take to the dump. The house has gotten so cluttered recently so we need to get rid of some stuff.