Over the weekend Ben and I pulled out a game that we bought the boys for the birthday to see if they could play it successfully. It went pretty well so I decided to pull it out again yesterday and let them play a few times. They both do fairly well playing it. The game is called Uno Moo and works on matching colors and animals. We changed the game a bit by taking away the "wild" pieces and the "draw 2" pieces. They don't really understand the point is to get rid of all the pieces in order to win and Zak likes to tell everyone what animals he has, but they are definitely doing much better than I had anticipated. 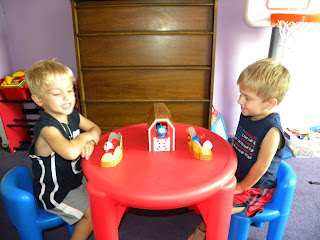 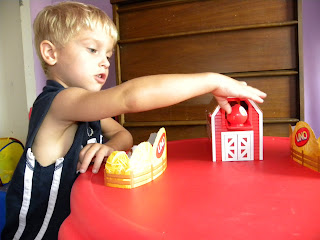 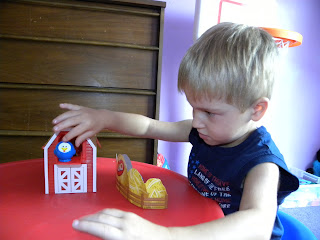 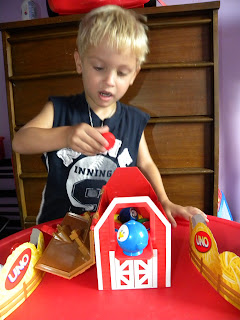 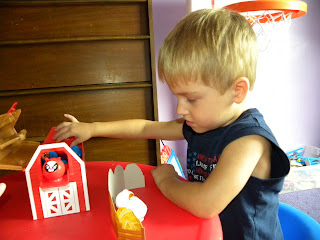 When Ben got home from work yesterday we headed over to Rich & Laura's. Zak had a sleepover there last night which he always gets excited about. He saw Ryder getting his backpack ready for school so we let him use his backpack for his sleepover. 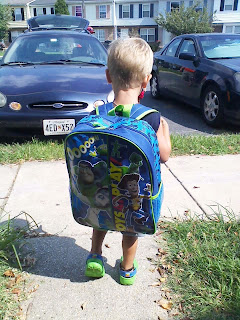 While at their house the boys had fun playing in a dresser. They both got in and closed the doors. Ryder was entertained the most by this and stayed in it for a long time. 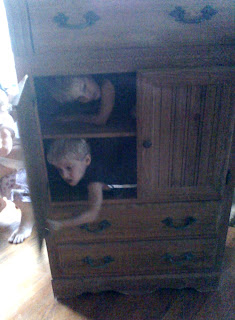 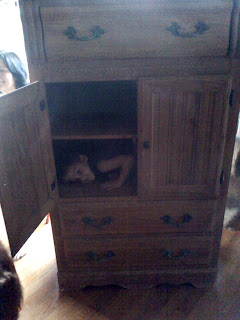 And the big news....today was Ryder's gradual entry day for school! All of the parents went with the kids and it was only for one hour. Ryder was excited to put his backpack on! 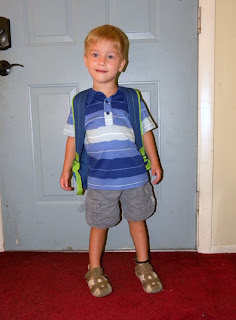 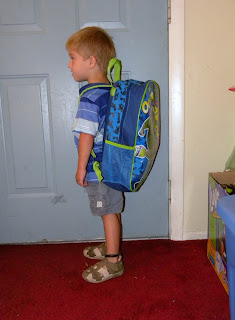 Ryder did good for his first day. We first went in and the teacher (Ms. Burke) met each kid at the door and showed them to their locker. She chatted with Ryder for a few minutes until the next kid showed up. The kids all sat at tables doing puzzles and other various activities. The teacher handed out a packet of paperwork to the parents to start filling out and then started somethings with the kids. They had circle time where they sang songs, looked at the schedule, did the weather train activity and then she let them go for some free play. Ryder did not want to sit next to the other kids at circle time so he started crying. I was so happy to see how the teacher and aid responded so well and took care of it without me needing to help. Ryder only came over to me once the whole time which was between circle time and play time. He chose to sit at the table and do puzzles while the other kids went straight for the kitchen. Eventually Ryder made his way to the kitchen and played alongside the other kids. While the kids played the teacher gave us more info and answered any questions we had.
I am nervous about tomorrow, but I know he will do fine. The bus will pick him up around 8:12am and then drop him off around 11:50am. We did find out that our neighbor's grand-daughter is in Ryder's class. So they will get on the bus together and get to know each other this year.

your boys are too cute :) love how they were hiding in the closet :)