On Wednesday (last week) Ryder was at school and Zak had his YMCA class. They did basketball which made Zak extremely excited. He is pretty good at shooting hoops and did much better than the other kids, but he has issues with dribbling the ball which other kids were much better at. These pictures are from my cell phone... 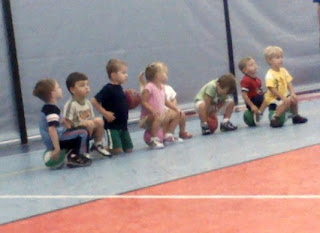 Zak decided to lay down and wait for his turn 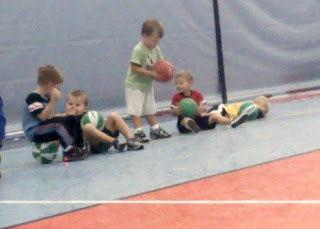 On Thursday Ginnie came over for dinner and bought birthday gifts for the boys. The had a blast opening the gifts and playing with the Nerf guns and remote control cars. Ginnie stayed until a little before 8pm which is when we put the boys to bed. Thursday night was a big night for new TV! We planned to watch Bones, Grey's Anatomy, and Private Practice. And then we would watch Fringe on Friday on the computer since it is the same time as Grey's. Well, around 9pm I was exhausted so I decided to watch TV in bed. Of course, I fell asleep by 9:30pm and missed my shows! On any other night I can't fall asleep until 2am, but that night I was passed out early. 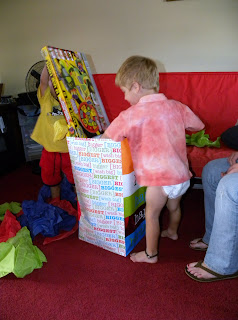 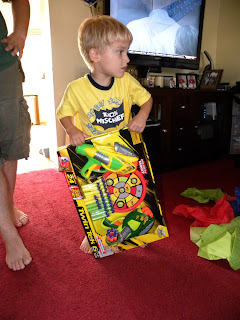 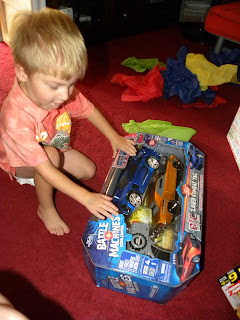 On Friday while the boys were watching a movie I took time to watch my shows I had missed the night before. When Ben got home we then watched Fringe on the computer.
Saturday I had a meeting with the community Architectural Committee because I volunteered to help out. They did a walk through of the community and sent out letters to 200 homes (about 594 in the community total) stating violations that need to be fixed. Next weekend I am helping go back around to check to see who has made the fixes. Then we made a trip to the thrift shop and got a VCR for $3.
Sunday we spent the day watching football. 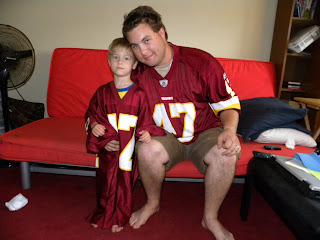 Yesterday I had to go by the action agency office to finish paperwork for our application to get financial assistance with our energy bill and then I took the boys to story time at the library. Zak did much better this week and actually sang the songs and got very involved. Ryder also did good because he sat on the carpet with the kids instead of sitting in my lap. In the afternoon we had a surprise visit from Nanny, Poppy & Haleigh. They brought a bag of goodies for the boys including lunch boxes, bowls, plates, place mats, and clothes. While they were here the boys tried on their Halloween costumes. Then once Ben got home they took us out to dinner at Cici's.
In the mail yesterday I got a letter from YMCA about our application for financial assistance. The good news is that they are offering us assistance for a 6 month membership. The bad news is that they are not offering us 100% grant for the membership. The normal 6 month membership would be $456 plus a $99 initiation fee. They are offering us a grant for the initiation fee and $232 which would leave us paying about $223. That is a good opportunity because it would be a membership to multiple locations, lots of free classes, half price other classes, use of pools, daycare in the gym and so much more. Unfortunately, we can not cover that $223 so I have e-mailed the person to find out if we can re-apply later one if we ever get back on our feet financially. 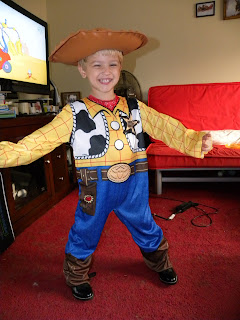 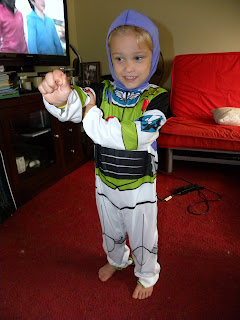 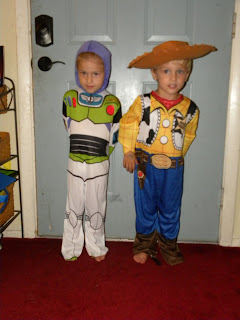 Today Ryder had school. Zak and I had a few errands to run and stopped by Kohls just to look around. Today they both wore new clothes from Nanny & Poppy... 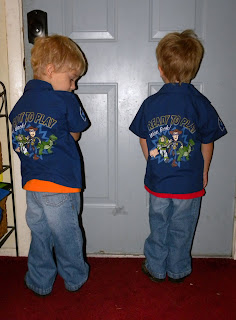 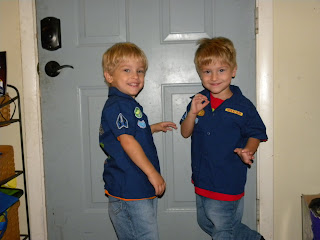 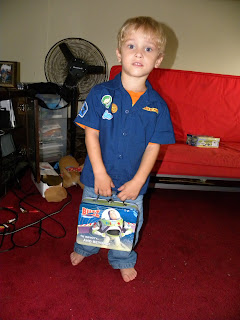