Saturday morning we took the boys to have their hair cut. We took them to a new place which was all sports related so the boys loved it. They both did well for the haircuts. I like Ryder's end product, but not Zak's as much (different people cut their hair). Not sure if we will go back there or not. 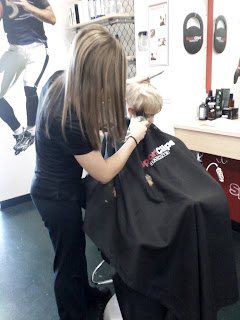 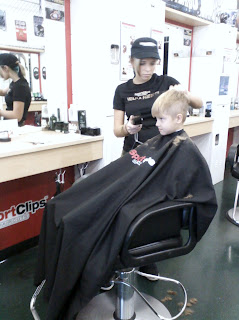 Then we walked around Toys R Us for a bit looking at things for Madelyn and to get ideas for Christmas. We made a fun dinner which was scary face sloppy joes. It is a biscuit with sloppy joes & corn on top then a piece of cheese cut like a face. The boys loved it, but I could have done without the corn. After dinner we went for a walk around the community. 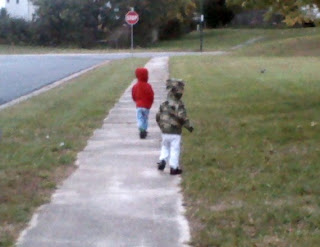 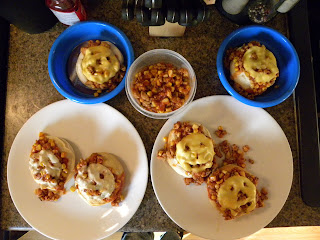 The earlier bedtime seems to be paying off. Saturday night they were in bed by 7:30pm and asleep by 8pm. Then they slept until about 7am this morning. Hopefully this will continue!
This morning the 4 of us went to the YMCA. The boys went to the childcare room while Ben & I worked out for an hour. Then we took the boys into the gym and played basketball for a while. We made a quick trip to the grocery and came home to watch football. Ryder took a nap in their bedroom and Zak laid on the couch for a nap with Robin. 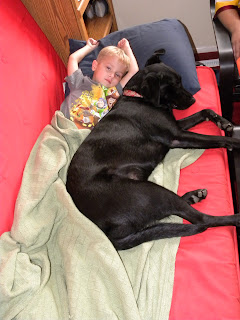 After the Redskins game ended Ben took Zak to his mom's house for a sleepover because Ryder has an appointment at Kennedy Krieger in the morning. While he was gone Ryder and I did an art project and made dinner. 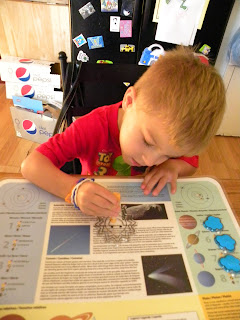 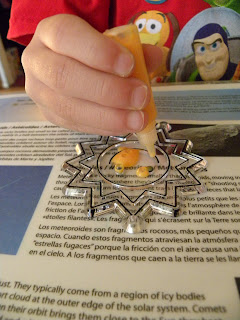 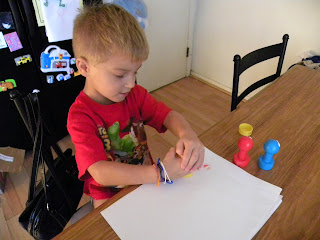 And now on to the title of the post...
While I was talking to Ben on the phone when he was on his way home from his mom's house bad luck struck. He said he had to go because the car was breaking down on 95! Eventually he called me back to say the car was on the side of 95 and not working. It started making a bad noise and driving oddly and then just stopped. The service engine light and others were on so it is not a dead battery. So I searched online and found a local towing company who seemed to be cheaper than others we found and called them. Ben called his mom to come pick him up. The towing company took the car to an auto shop in Joppa. Laura dropped Ben and Zak off at home and then Ben took his work truck to the auto shop to meet the towing guy with our car. He filled out the information for the key drop box. We won't know anything until tomorrow and they open at 9am.
So Zak is not having a sleepover and we will not be going to Ryder's appointment...or anywhere...hence the stranded title. I am upset about missing the appointment because we had already had to cancel and reschedule once. We have put a good amount of money into this car already, but we have no way of getting a new used car so we have no choice. I am praying that it is something that can be fixed without a high cost because we can't afford anything at the moment so starting a car payment is completely out of the question. I am hoping we are not left without a car because I have no clue how we would function....
So early bedtime tonight did not happen. Everybody is on edge and cranky. Hoping to get the boys asleep soon so I can get in the shower and try to calm down.....