We had a very long, but fun day yesterday! Our plan was to keep the boys occupied so that we could get them to take their nap a little later than normal hoping that would help keep them in a better mood during trick-or-treating. As we all know, plans never go as we would like when toddlers are involved. After eating breakfast and packing the diaper bag we headed to the mall to take the boys to the play area since we had never taken them there before. They loved playing with the various toys on the walls, crawling in and out of the sailboat, and just having the freedom to move. We did discover that Ryder is definitely a social butterfly, he would follow other kids around and just tried so hard to interact with them. After that we had lunch and headed home for nap time. Unfortunately, the boys decided it was time to play more and chose not to nap at all. Around 5pm we headed to my grandmother's house for dinner and trick-or-treating. After eating dinner we got all of the kids in their costumes and headed out for trick-or-treating. The boys had so much fun going up to the houses and getting to pick candy out of the bowls people had and then dropping it into their buckets. A few of the first houses we went to we let the boys crawl up the stairs and up to the door on their own since there were not a lot of people out yet. After taking a 10 minute break at my grandmother's house we headed back out. At that point the boys were sleepy so we put them in the stroller with some juice to re-fuel them. Once we were going up to houses again they were awake and ready to go, much to our surprise. We walked over to a friend's house and sat there for a while talking and watching the kids play (I took the time to cuddle their new kitten...I miss my kitties). That is when we looked at our watches and realized it was after 9pm! So we decided to head back to the car and come home to put the boys to bed. They had such a long day with no nap, but did great all day long! Tracy & Dave went trick-or-treating with us which was fun and the boys enjoyed it (Ben and I were more than happy to have some extra hands to carry the boys all night). Chelley and John also came and walked around with us for a bit. 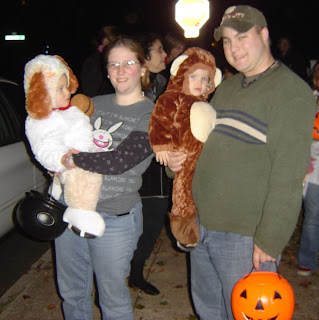 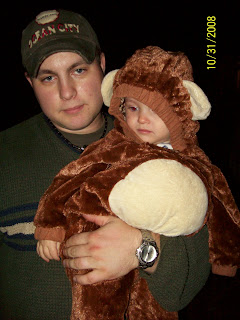 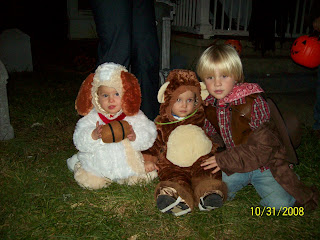 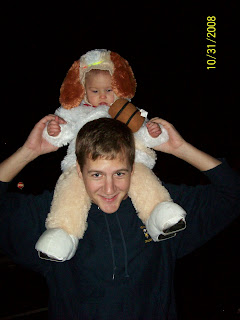 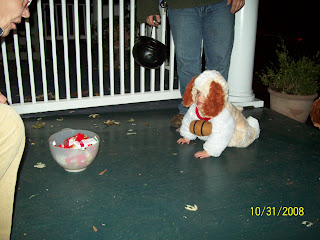 "Uncle" Dave with the boys 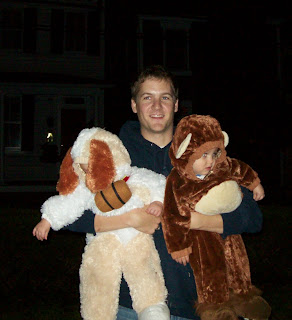 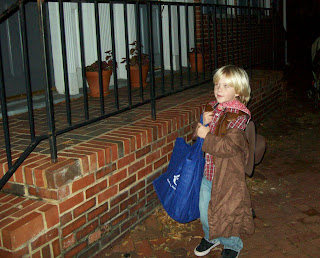 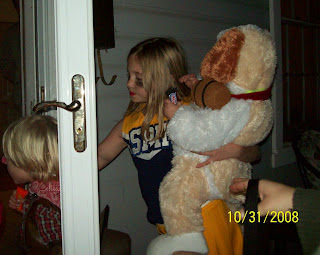 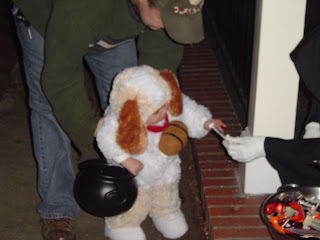 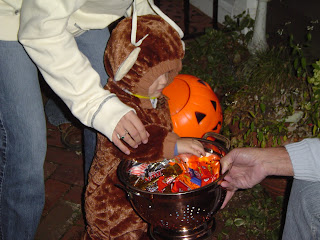 Ryder in the "graveyard" 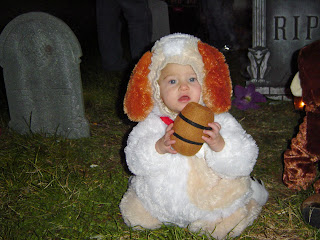 Passed out after a long day 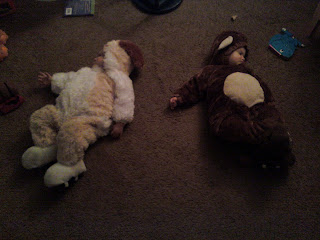 I wanted to post 1 more cute picture showing how the boys have chosen to sleep recently.... 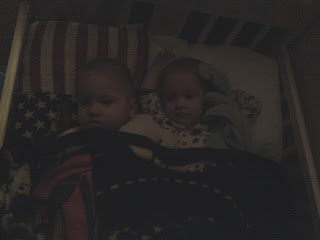