This morning the boys asked to go outside in the snow as soon as they woke up! After they ate breakfast we agreed to get bundled up and go outside to play in the snow. Since we don't actually have any snow suits we have had to get creative in what to put on the boys. This time around they each wore fleece footed pj's, track pants (semi-water-proof), socks, sweatshirt, boots, gloves, winter jacket and hat. It seemed to keep them pretty warm other than their hands getting wet and cold from putting their hands in the snow the whole time.
So around 8:30am we headed outside to play. At first the boys played in the circle path and then we walked around the community a bit. The roads were still pretty snow covered and icy which caused Ryder to have some confidence issues while walking. After we were out for a bit Ryder got much better about walking and even started to run. 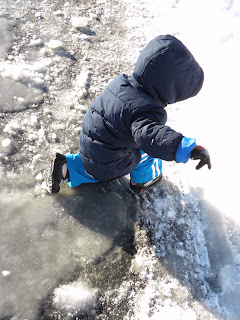 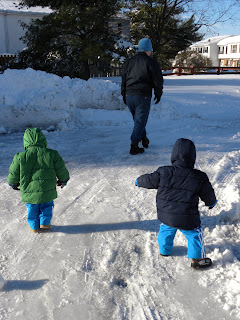 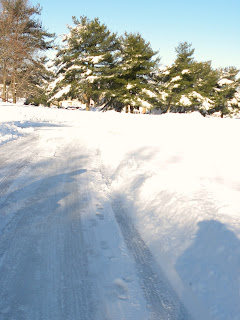 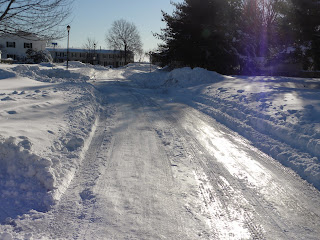 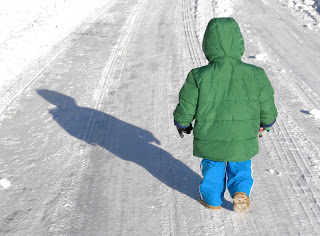 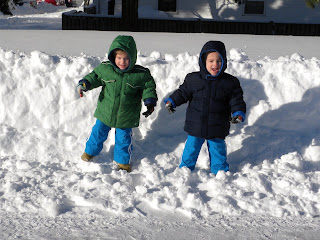 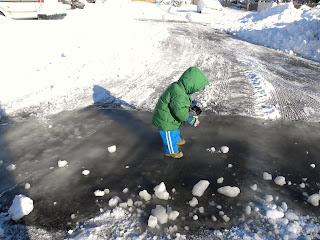 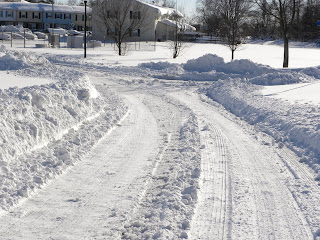 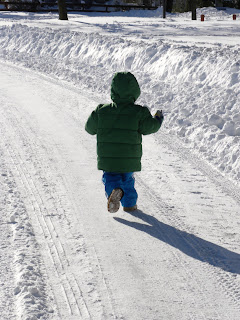 Zak wanted to actually get "in" the snow so he jumped right in. He laid there for a bit and then decided to try and get up to crawl. That was successful so he got brave and tried to walk which was much harder. 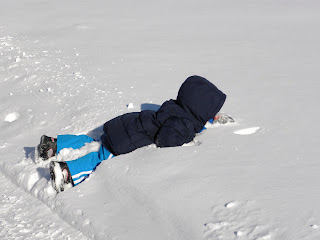 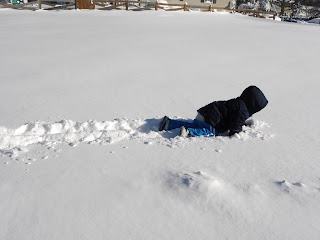 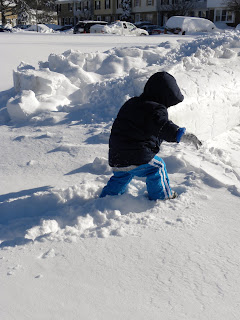 When we put Ryder "in" the snow he just sat right where we put him and refused to move. 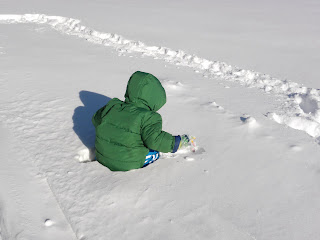 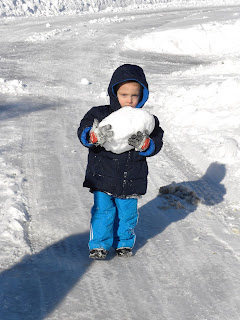 Zak in the fort Ben made in our front yard 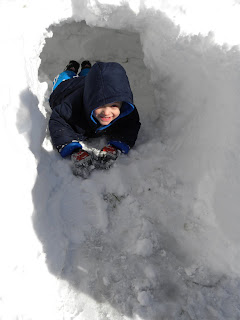 Ryder in the fort 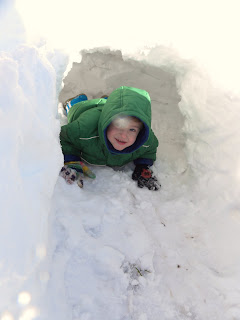 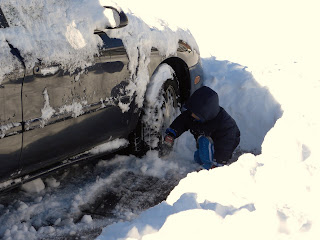 This afternoon the boys continually asked to go back out in the snow to play. So finally around pm we agreed to take them out for a second time. I am not a fan of going out in the snow other than to take pictures so I was glad when this outing only lasted about 45 minutes instead of the 2 hours we spent out this morning!
Around 2-3pm we noticed a truck with a plow on the front come into our court. The guy driving it was talking to one of the men in our court a lot so we think he is a family member of that person. The guy with the plow worked on out court for almost an hour trying to get snowed moved around and out of the way so people could start cleaning off cars and parking spots. While we were outside for the second time I looked around and found that only OUR court had been touched by this plow (no other court and not even the road leading to our court) so I am pretty sure the person was a family member or friend to somebody in our court.
Our court after the plow
(still plenty of ice as the water froze again) 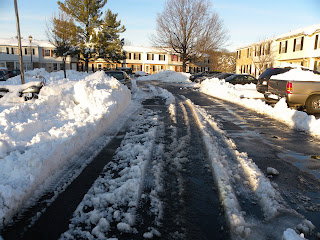 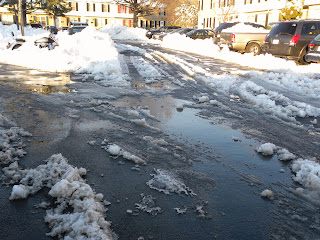 The road leading to our court 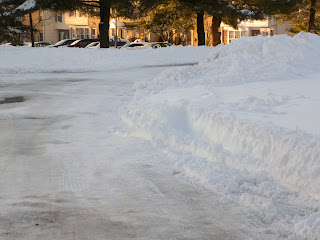 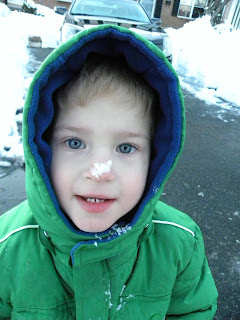 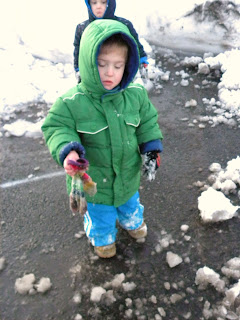 And now for some bad news (for us)....there is a storm coming Tuesday/Wednesday which they say could drop another 6-12 inches on us! This winter has been crazy with snow and very cold temperatures. I am definitely ready for Spring to get here so I don't have to see anymore snow.
Ben has not heard anything from his boss so he will be working tomorrow. And as of right now, he is still leaving Tuesday morning to go to VA and won't be home until Friday. This leaves the boys and I home alone in this horrible snowy weather. We have the house well stocked so that I don't have to go out at all this week while Ben is away. I don't mind sitting at home and not going anywhere, but what I do mind is the tantrums and mood swings of having two 2 year-olds stuck in the house for a week!
Harford County has already announced the schools with be closed Monday so Ryder's therapy class is also canceled. I am happy to hear that because I was not planning to go out even if schools were open. I am not very confident driving on snow covered or icy roads after the accident I had while I was in high school. So I decide to just stay home and not drive even if others are out driving because with a lack of confidence I tend to panic at times which makes it unsafe!