First, I will start with the bad news...we have another illness in our house. Zak started on his oral steroids and antibiotics on Tuesday last week. He has finished the steroids and only has a few more days of the antibiotics to go. He is feeling much better now! But on Thursday Ryder started with the runny nose and by Friday he had the cough. I thought about calling the pediatrician to get him checked out, but decided to see how he did over the weekend. This morning rolled around and my "mommy instinct" was pushing me to call even though I was trying to wait it out a little longer because he didn't seem bad really. But for whatever reason I found myself with an appointment for him at 11:30am. We saw the same person who saw Zak last week. She said his lungs were clear, ears were fine, but his throat was red and swollen. So they did a strep test which came back positive! Looks like Zak passed on his strep to Ryder. He started on Omnicef this evening which he will take once a day for 10 days. I am glad I followed my instinct and took him because he will be fine to go to school on Wednesday now that he is on the medication today.
I wanted to share a picture of Ryder after one of his last "bad boy" moments....this is after we had found him sitting on the railing of the deck digging in the flower box and throwing the dirt everywhere! I had already cleaned him up a bit before I went to get the camera so it was much worse than this.... (I ended up putting them in the shower since it was in hair and everything) 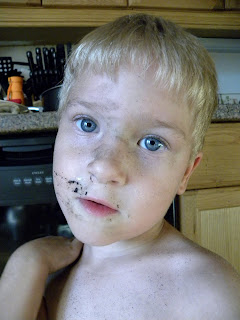 On Saturday we decided to take the boys to a local playground called Annie's Playground. It is a pretty big place with a trail and some open fields. We started out by playing soccer and football on one of the big fields. The boys had so much fun running from one end to the other, kicking the soccer ball, and throwing the football. They are pretty good at kicking the soccer ball around and Zak has gotten really good at throwing the football. We are still working on catching balls though. 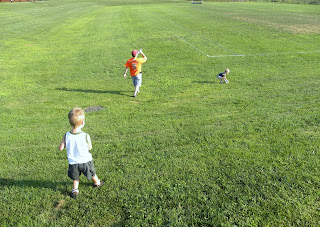 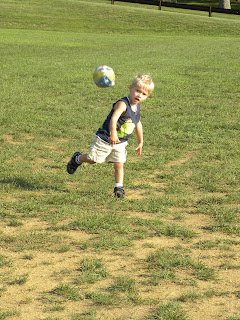 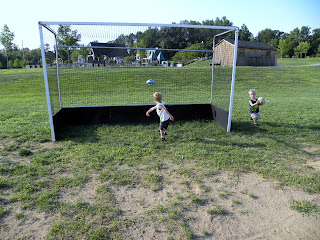 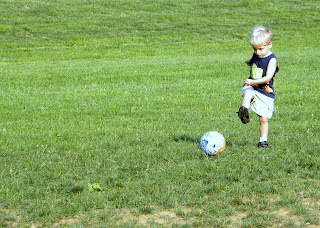 There was one wrestling match over who got the football 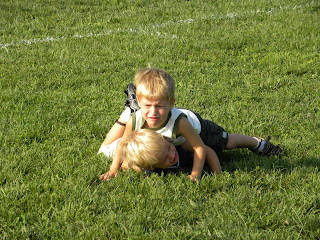 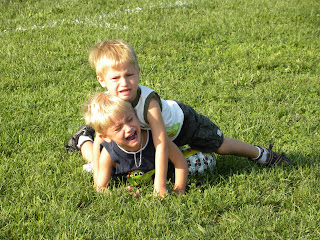 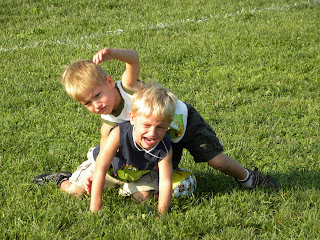 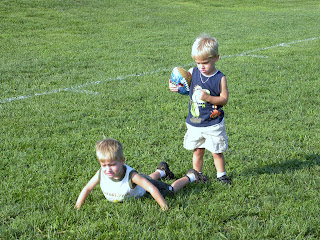 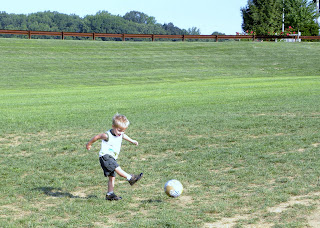 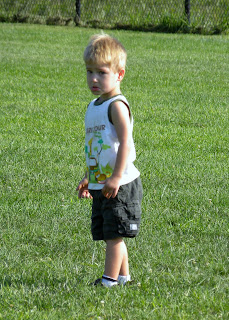 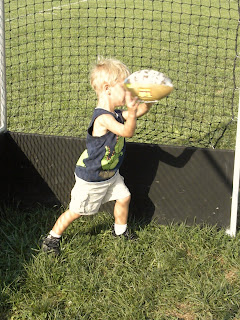 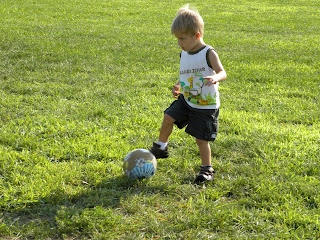 After we finished on the field the boys took a break for some Gatorade and then we made a stop at the bathroom before heading to the playground. 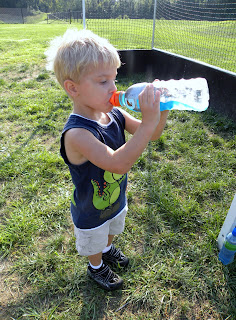 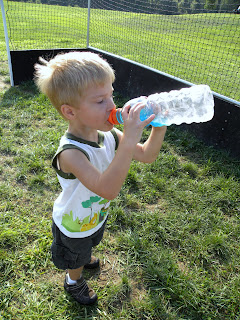 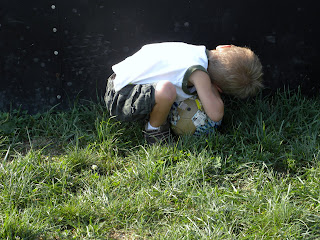 At the playground Zak quickly made friends with a few girls and he was off running around with them most of the time. We would hear him laughing, yelling, and talking to the girls all over the place and would see him run by us and say "hi". Ryder stuck with us for most of the time. 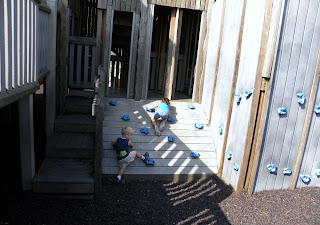 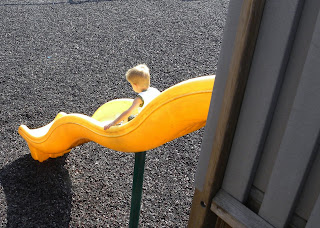 Ryder would not go down this slide, but liked sitting in it 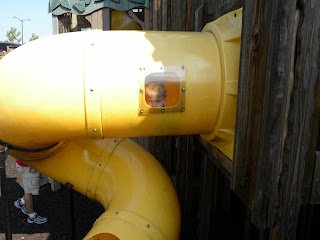 We then made a trip to Home Depot for Ben to get some caulk to patch up some holes and around the windows and doors. He also bought a hook and lock latch to put on the boys' closet so they can't get into it and pull out all of their clothes! Once we got home we had lunch and then the boys played all afternoon while I organized our filing cabinet and got all of our paperwork into the right files.
It became very real for my tonight that on Thursday morning Ryder will be getting on a bus and going to school! I got a call from the bus driver to chat and give me details. He will be riding in a car seat because of his size, but when he outgrows that they will have a vest ready for him. The bus will be in front of our house to pick him up at 8:12am on Thursday!