Last night Zak seemed to be coughing a lot along with some wheezing so I started giving him the Albuterol inhaler. This morning he just sounded so much worse with a good amount of wheezing. We had plans to go to the beach at New Smyrna so we packed everything up and headed to the beach. I made sure to bring all of the inhalers with us and I used them just about every 4 hours. We didn't bring the nebulizer to FL because it was just too much to bring so we had to use the inhalers only. While at the beach I decided to take Zak to the after hours pediatric office once we got back to my mom's house just to make sure he didn't have an infection along with trying to get a prescription for Albuterol to use in the nebulizer (Kathy had one we could use). So I did take him and the doctor said he just has a cold and his asthma seems to be acting up because of this, but he wouldn't give me the medication for the nebulizer so we have to stick with the inhaler and hope it works good enough. Ryder is starting to get the bad cough tonight so we will just keep an eye on both of them and take them back to the doctor if they get worse. They are both happy and playing, but just not 100% themselves.
We all had a lot of fun at the beach today. Zak cried when he first put his feet on the sand, but quickly got used to walking in it. Zak seemed to be having a day in which he needed to stay within 2 feet of me so he generally followed me around and coped what I was doing. He enjoyed following me around with his ow bucket and picking up shells to put in it. I did get him to sit down for a few minutes to play with shovels and the sand, but then he wanted to play with his truck and follow me once again. Ryder was not concerned about walking on the sand, but once he found a good spot to sit down and play he didn't move. He seriously stayed in the same place the whole time and played with the buckets, shovels, and trucks. After leaving the beach we stopped by to see some other family that lived close to there before heading back home. It was a long day, but we had a good time.
*Side Note: The boys have been dressed alike many times during our trip. Ben likes to dress them alike even though I don't. I have found that my mom also enjoys dressing them alike.* 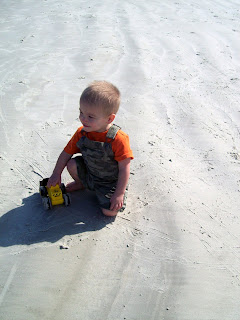 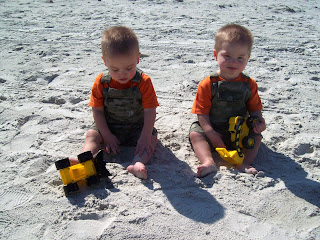 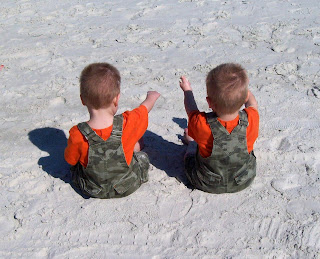 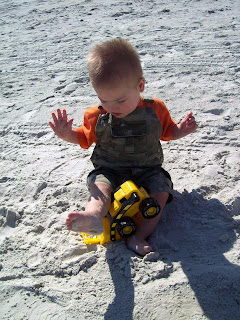 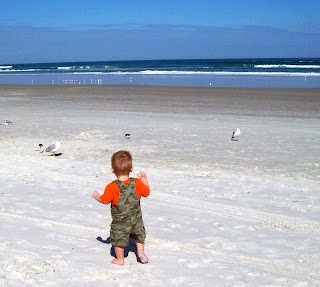 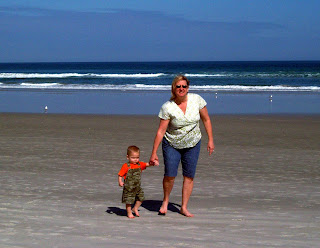 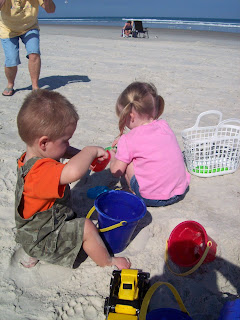 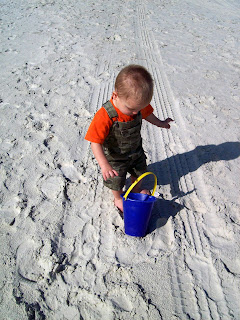 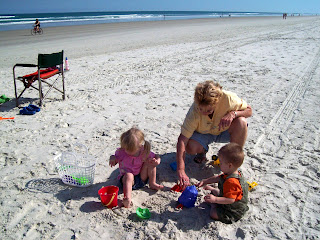 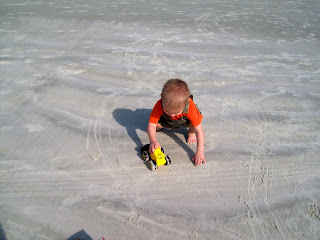 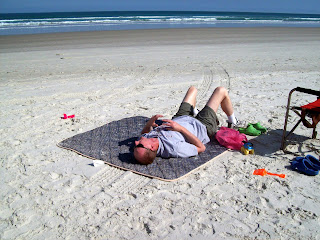 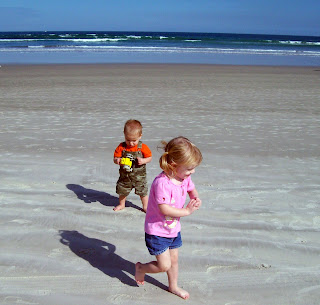 Hi! Because you have such an awesome blog, I have an award for you over on mine! FInd it in my post for Sunday, Jan. 25th. Blessings to you and yours! -- Diana :)